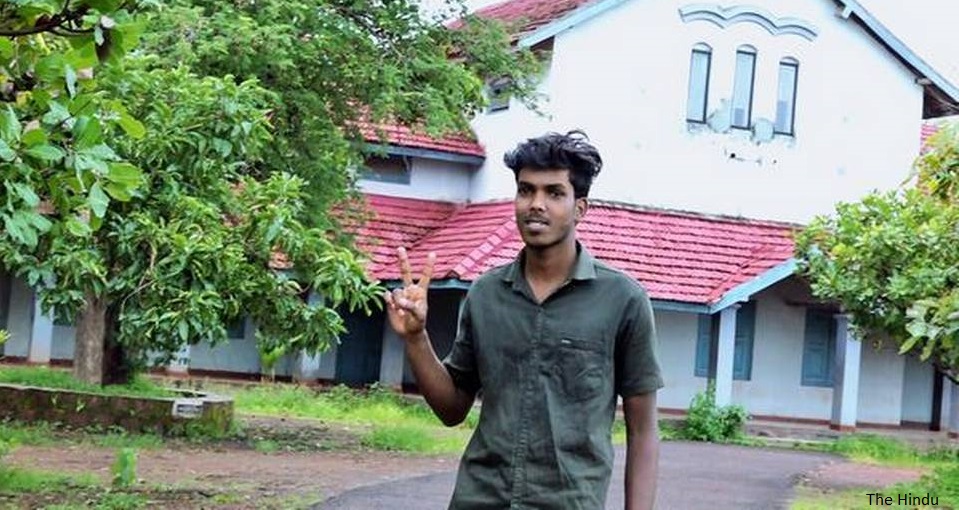 MALAPPURAM July 18: Jayasurya was only one and a half years old when he came to Kerala alongwith his parents from Tamil Nadu around twenty years back. His parents then made their living by doing menial jobs such as collecting scraps and other.

Jayasurya always had struggles strewn along his path from childhood. His father Raja Kannan got bedridden following an accident suffered several years back. His mother continued to collect scrap and Jayasurya too joined in when he could to keep paying the rent for their rented home in Kottakkal. Jayasurya took to do construction work when he got time off from work.

However, all the struggles made him a stronger person and he kept his faith in his studies at the Government Raja’s Higher Secondary School campus at Kottakkal. Finally when the results of the Plus Two commerce stream exams were published it was full A+. Jayasurya stopped having his lunch and he ran to his parents to share the delight.

The literal meaning of the name Jayasurya shone like the Victorious Sun.

Jayasurya wants to become a teacher.

Jayasurya’s news soon caught up with Television channels in Kerala and today several philanthropists have come forward to help this family and achieve Jayasurya to achieve his dreams.