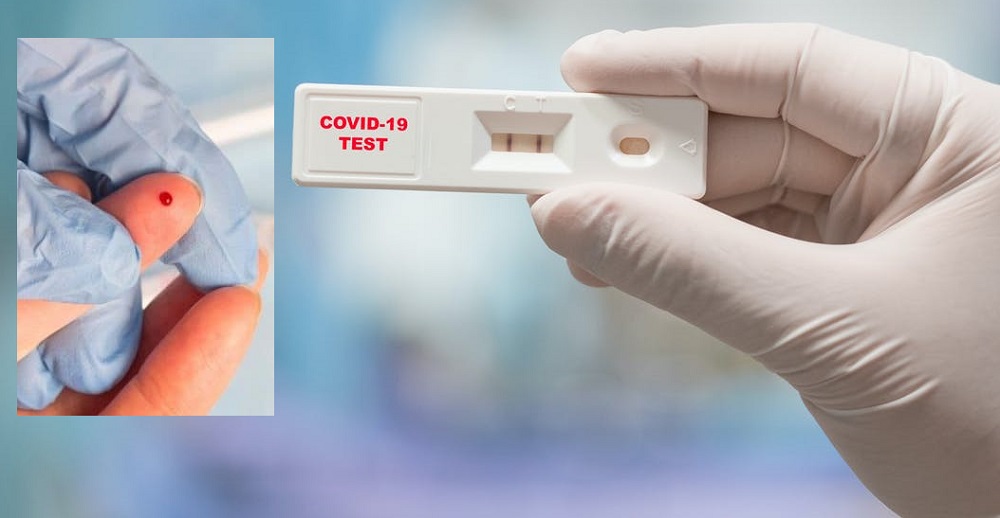 London July 19: The UK government is planning to roll out millions of free coronavirus antibody tests which generate instant results following finger-prick after successful secret trials, according to a UK media report.

The home tests, developed by a University of Oxford consortium with diagnostics firms, can tell within 20 minutes if a person has ever been exposed to the deadly virus and have been found to be 98.6 per cent accurate in human trials held in June, ”The Daily Telegraph reported.

“This rapid test appears to be truly amazing, and it shows we can do this ourselves,” said Sir John Bell, Oxford’s Regius Professor of Medicine who leads the British government’s antibody testing programme.

Until now, the only antibody tests approved for use in the UK have involved blood samples sent to laboratories for analysis, which can take days. Now, thousands of prototypes of the new finger-prick have already been manufactured at factories across Britain in anticipation of expected regulatory approval in the coming weeks, the newspaper said.

Eventually, antibody tests are expected to help reveal the levels of immunity that people can build up against COVID-19 but so far it remains unclear if the prevalence of coronavirus antibodies means future immunity from the disease.

Ministers hope the AbC-19 lateral flow test will be available for use in a mass screening programme before the end of the year. The new tests have been developed by the UK Rapid Test Consortium (UK-RTC), a partnership between Oxford University and UK diagnostics companies including Abingdon Health based in York.

“It was found to be 98.6 per cent accurate, and that’s very good news,” Dr Hand told the newspaper.

“We’ve had two shifts of R&D personnel working day and night, seven days a week. This sort of development programme would normally take a year. We’ve done it in 10 weeks. We’re now scaling up with our partners to produce hundreds of thousands of doses every month,” he said.

Under government plans, the tests will be distributed to healthcare professionals first before being made available for millions of people to use at home, who would then send in their results to a central database.

“If coronavirus is like flu and people need an annual vaccine, we will need mass antibody testing to measure people’s antibody response to that vaccine. That’s part of the plan,” explained Dr Hand.

Unlike many rivals, the UK-RTC version uses the “full-length spike protein” part of the virus to capture so-called IgG antibodies as blood passes through the home test. If the result is positive, two pink lines appear within 20 minutes.

A UK Department of Health and Social Care spokesperson said: “We have received an extraordinary response to our call to action to supply antibody tests, and we continue to work with industry to identify further tests that are safe and accurate to be used at home.

While these tests will help us better understand how coronavirus is spreading across the country, we do not yet know whether antibodies indicate immunity from reinfection or transmission.” – PTI