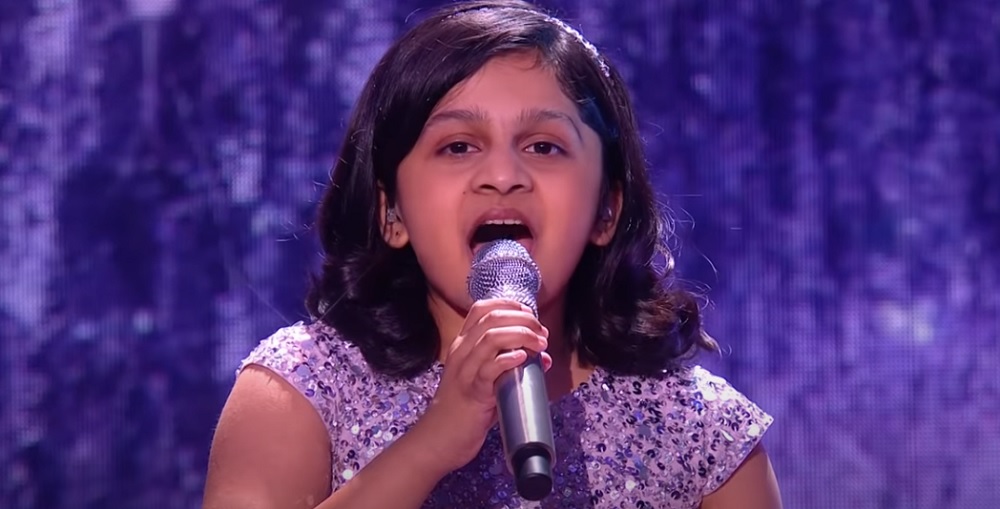 LONDON Sept 12: Britain’s Got Talent broadcasters ITV has released the First Look video of semifinalist Souparnika Nair yesterday with the headline “Get ready to fall in love with Souparnika Nair once again as she hits us right in the FEELS!” on Saturday 12th September, 8pm on ITV and STV.

Indian origin girl Souparnika Nair, who vowed the judges in the initial round, is among 40 acts that have made through to the semi finals including five Golden Buzzer stars. Eight acts will perform in each semi-final, over the period of five weeks, with two finalists selected by the judges and the votes of viewers.

The series will then culminate with the Live final, in October, where one act will triumph as Britain’s Got Talent 2020 Champion and win the life-changing £250,000 prize plus that coveted role on The Royal Variety Performance. 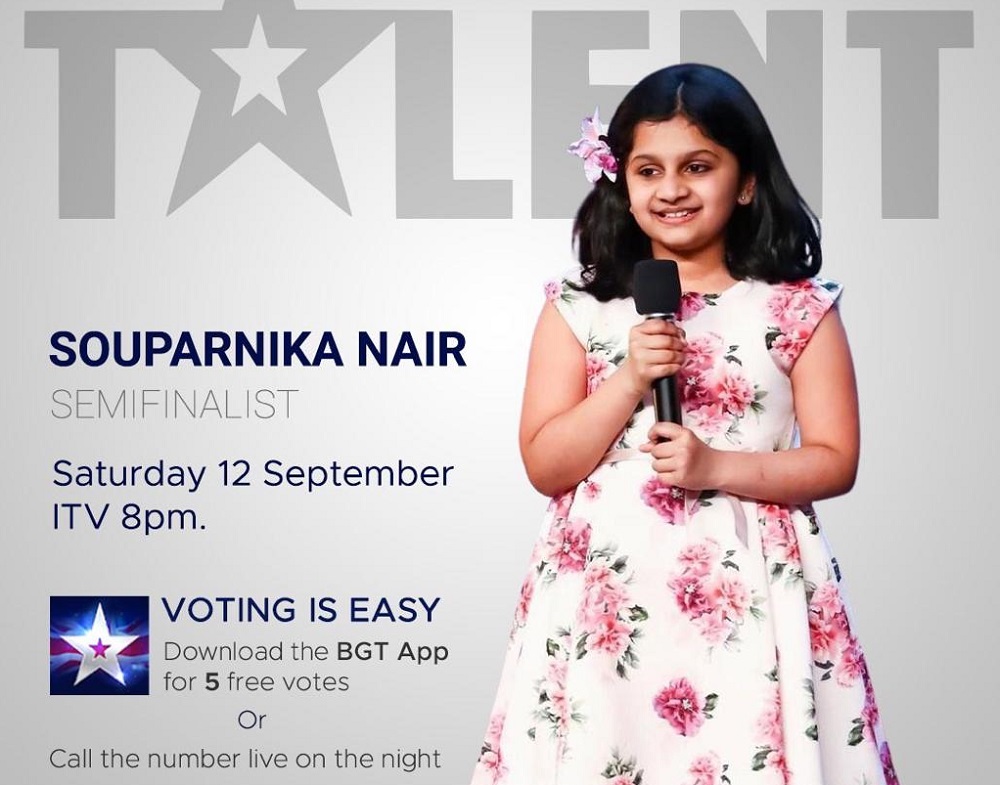 In the first round of the competition, Simon Cowell asked Souparnika to sing The Greatest Showman song. Souparnika from Bury St Edmonds then proceeded to sing Never Enough by Loren Allred, from The Greatest Showman. The mind-boggling performance made the judges shower praises so much that just with this show a new era has dawned for Souparnika who is a budding talent from the Keralite community in the UK.

Votes are required for contestants to progress through. Those who wish to vote can download the BGT App and will be able to register 5 free votes or those looking to vote will have to call the number Live on the night.