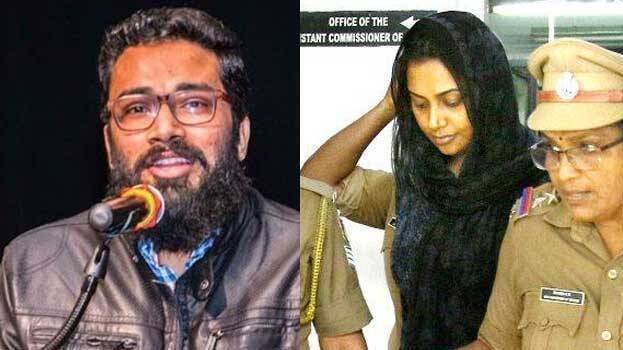 THIRUVANANTHAPURAM Aug 6: The statement of Wafa Firoz, the woman who was with IAS officer Sriram Venkitaraman in the former’s car at the time of the fatal accident that killed a journalist, has been crucial in the arrest and remand of the officer.

The English translation of the text of Wafa’s statement is given below:

“I’ve a 16-year-old daughter. I’m back in India from Bahrain on a month’s leave. At the time of the accident, Sriram was driving the car. I usually send ‘Goodnight’ message to all my friends in the night.

I had send the message to Sriram too. Usually, Srirram won’t reply to my message. But yesterday (the day of the accident), Sriram responded.

He asked me whether I had a vehicle. I said yes and he asked me to take my car and reach Kowdiar. I left home after telling my daughter that I shall drop Sriram and come back.

Sriram was speaking on his phone when I reached Kowdiar park area. After ending the conversation, he got into my car. I was driving the car then.

When we reached Café Coffee day, Sriram asked me whether he should drive the car.

I told him that if he wished to drive, he could…

Sriram got into the driving seat from the back seat after entering through the back door of the car.

I moved to the front side seat from the driver’s seat, by placing my legs to that side. As there was no signal light, the car was in a very high speed. I told him to go slow several times but he was driving hastily .

A bike was moving slowly along the side of the road after the Museum police station. The over-speeding car rammed the bike and the person on it was thrown off the bike. Though break was applied, the car didn’t stop.

Sriram and I got jumped of the car. The air bag was open. Sriram picked up the accident victim and laid him on the side of the road.
Police came to the spot and everybody asked me to go home.

Sriram was drunk and he was smelling alcohol. Though I went home, I had to go to the police station at 2 am (Saturday).

If I had been driving the car, this accident would not have happened,” the statement of Wafa Firoz said.