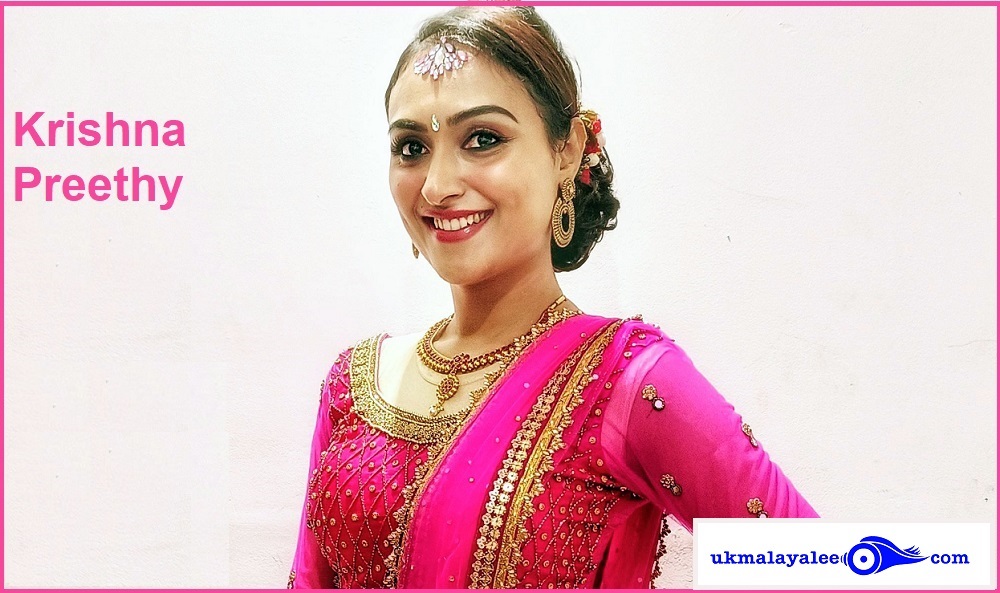 Kochi native Krishna Preethy, who has been in the UK for the last ten years, started her dance lessons at the age of four under the tutelage of Natyacharya Smt Kalakshetra Vilasini in Bhathanatyam and by Kalamandalam Gopinath in Mohiniyatam and Folk dance.

She further went onto receive training in contemporary and Bollywood dance forms under celebrity dancer-choreographer Sreejith Master of Dazzlers. 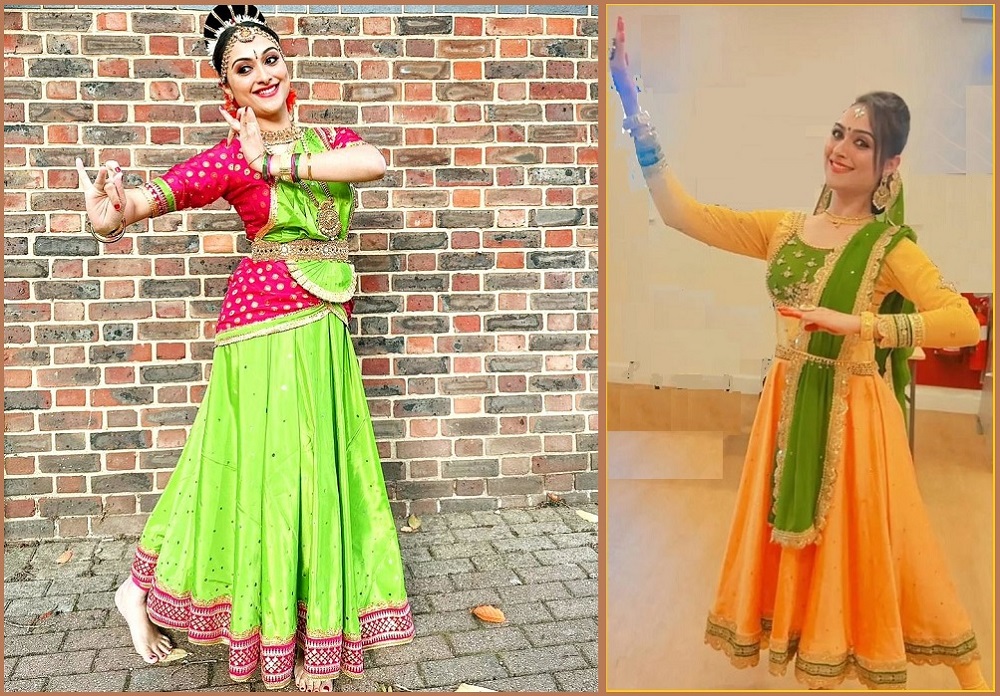 She is continuing to receive coaching from various celebrity choreographers in the south Indian film industry and have been associated with various dance teams in the UK as well as India.

Krishna Preethy has worked as a presenter for various TV channels and been a part of couple of album songs. She has also played supporting roles in a couple of popular Malayalam movies and performed a dance sequence with popular actress Kavya Madhavan to the hit song”Gujarati kaalthala kettiya” (as a Punjabi boy).

Krishna Preethy is daughter of Vijayachandran Nair and Prasanna Nair. Her only sibling Krishna Priya is too a dancer who runs dance classes in the US where she is settled with her family.

Krishna Preethy is married to Anooj, who works for a London bank and has a six year old son Aarav and they are settled in London.