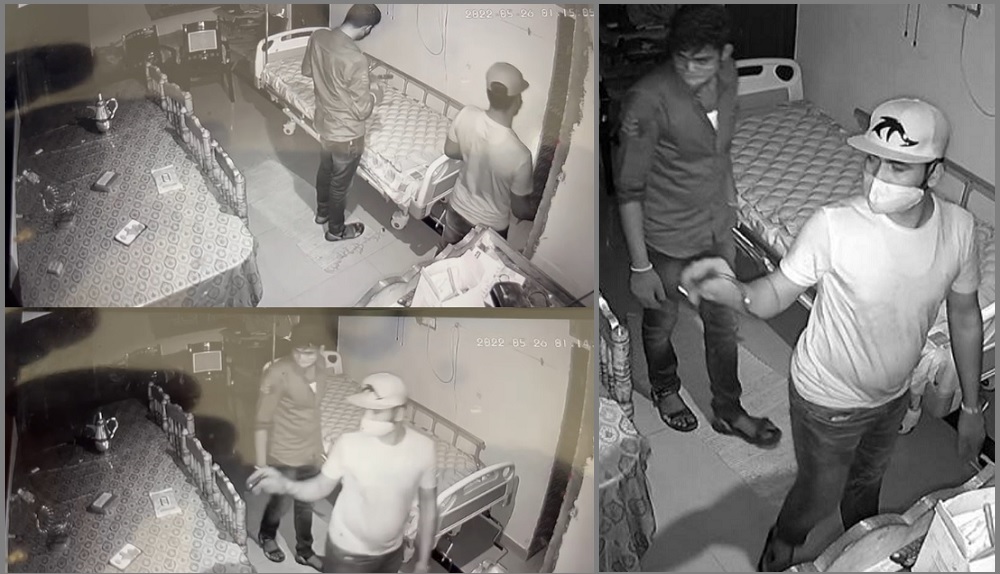 CROYDON May 27: A Croydon Malayalee’s house in Varkala got burgled yesterday (26th May) while his mother was in hospital.

Manilal Raman’s house is in Elakamon in Varkala of Thiruvananthapuram district got intruded by two persons who is believed to have taken away belongings of which at present are unable to be accounted for.

The CCTV pictures obtained show two persons intruding the house and roaming around. Pictures are not available from other rooms.

Manilal, who is in UK is unable to ascertain the loss at present.

He has filed a complaint to the police in Varkala.

However, if any one has seen these two or know anything about such burglary previously please make contacts with Manilal on 07737267930