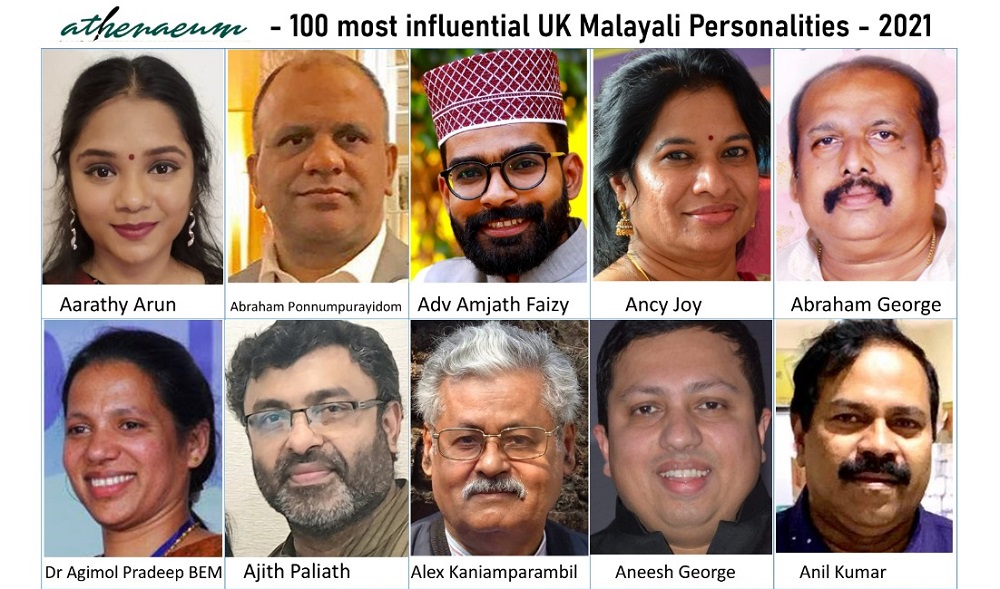 LONDON Jan 30: Athenaeum Library, an online platform to promote reading and literature among the Malayalee community in the UK, published a select list of 100 Most Influential UK Malayali Personalities on January 26, India’s Republic Day.

Athenaeum is the brainchild of Ajith Paliath, an NHS staff whose love for literature and books made him reach out to his community. Athenaeum has a coveted collection of over 700 books and periodicals in English, Malayalam and Tamil. Ajith’s effort to popularise literature got a boost when DC Books, the premier Malayalam publishing company came forward to support the online library and organise an annual Literature and Reading day. Athenaeum, which has already been active in London and other parts of the world, has organized several literary competitions for UK Malayalees in collaboration with DC Books, one of the leading publishers in Malayalam. 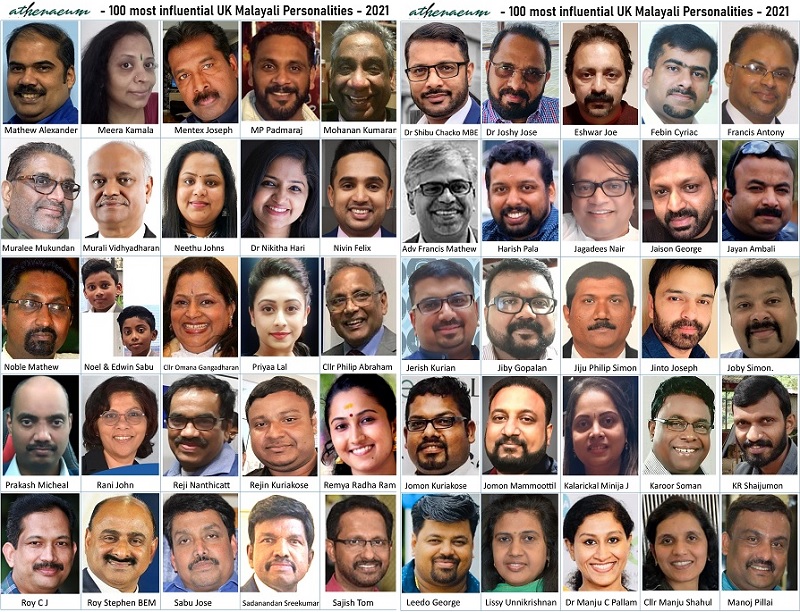 Athenaeum’s list of 100 Most Influential UK Malayali Personalities included those who have expanded their field of work through selfless service and in some way benefiting others.

The nominations were received through the Google form with criteria developed by Athenaeum Library in the segments of ‘Achievements, Changes, Role Model, Social Media Activity, Leadership’. The crietria for shortlists were based on the achievements they made, Changes they brought about, Role Model they are, Influnence in sicial media, Leadership Skills they have, Potential for future.)

Out of 176 nominations received, the final 100 were selected on the basis of merit.

The following is a list of the 100 most influential people compiled by the Athenaeum Library panel.

“Undoubtedly, there are many people in the UK who influenced us in many ways in our lives with talent and ability which didn’t find a place in the nominations. So this is just the beginning. We will try to hold these elections more extensively in the coming years”, said Athenaeum Library panel member.