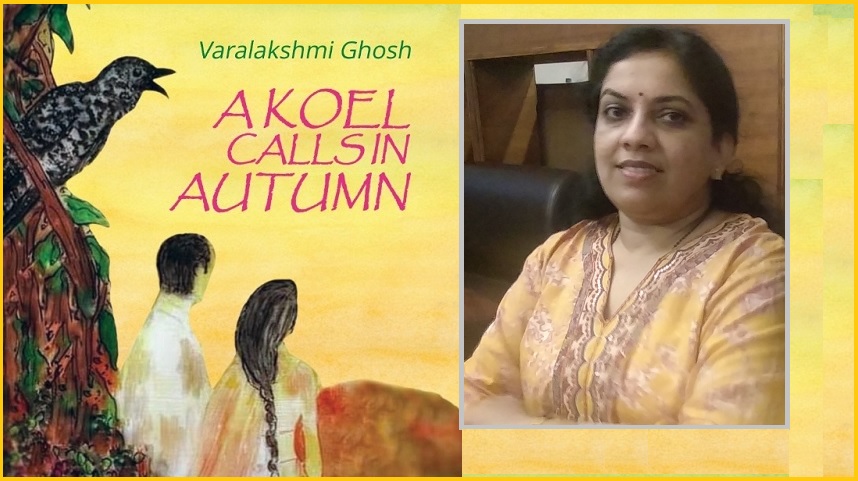 LONDON Jan 7: Manjula took to writing due to her passion towards reading and love for literature. This former communications engineer had a successful career until 2014 when she decided to quit her full time work and take care of her children.

Today, she is seeing the fruit of her long toil when she has launched her latest novel ‘A Koel Calls in Autumn’.

Talking about her book Manjula (who writes under the pseudonym Varalakshmi Ghosh), says: “It is an Indian romance, set in one of the cities, at a time ten to fifteen years ago which is actually the time of my youth and that of my friends. The characters are of a middle class background – having what used to be called ‘white collar’ jobs, with the typical Indian ethos of very close family ties.

“There are two or more love stories. And within that it also takes a look at some facets of arranged marriage as it was at that time. Taking place in a cosmopolitan city, the characters are from different places so there is some mingling of cultures. It’s been a labour of love and a cathartic experience to write this.

“Sustainability is a theme dear to me so I wrote one of the leading characters as someone who is into that. He works with a tree conservation group, outside his regular job, and rides a bicycle, which is not such a widely accepted thing in Indian cities as it is in Europe or other places.

“I am a Krishna devotee, so in this my first novel I had to bring in Krishna a little bit, and other things I am interested in, like shlokas, yoga, cooking, and poetry. In the draft version I had used lines from poems, and later had to replace them, so I had to write a poem for one of the characters, which I loved”.

One of the early readers of ‘A Koel Calls in Autumn’ wrote a review as “a very good read… lucid…character presentation so real and heart warming. Thoroughly enjoyed it and I hope more readers will find it so”.

Manjula was an SSLC 1st rank holder (1990), and one of the toppers in Electronics & Communication from Kerala University. She did not continue her studies after graduation, preferring to work, since engineering was more of a career choice rather than a passion, which is also why she did not join IIT despite an AIR about 1470, which surprised many close to her at that time.

Manjula loved reading since she was seven or eight years old kid and wanted to write something of her own which was her motivation. She would like to go on writing novels and have ideas for the next ones. Having invested in the publishing, she prioritise the need that to be sustainable too, so right now she is involved in selling copies of her latest book. Other than that she is a stay-at-home mother of two.

When asked on who influenced her most says: “Anita Nair is someone whose essays I read wherever I find them and they are very interesting to me. She’s one of the topmost Indian English writers of literary fiction and for me she is a liberating influence, someone of my generation that tells you that a woman can travel, stay in places that inspire her work and that need not affect family ties and affection though it may not fit the image of a woman as a domestic goddess but she manages that as well, so I admire her a lot.

“Author K R Meera is also someone of my generation who has been breaking the glass ceiling consistently, winning all the major awards and being one of the most widely read Indian authors in Malayalam and now in translations as well. She is a major inspiration not only to me but I would say to all women. I’ve loved her stories which are pathbreaking examples of the genre.