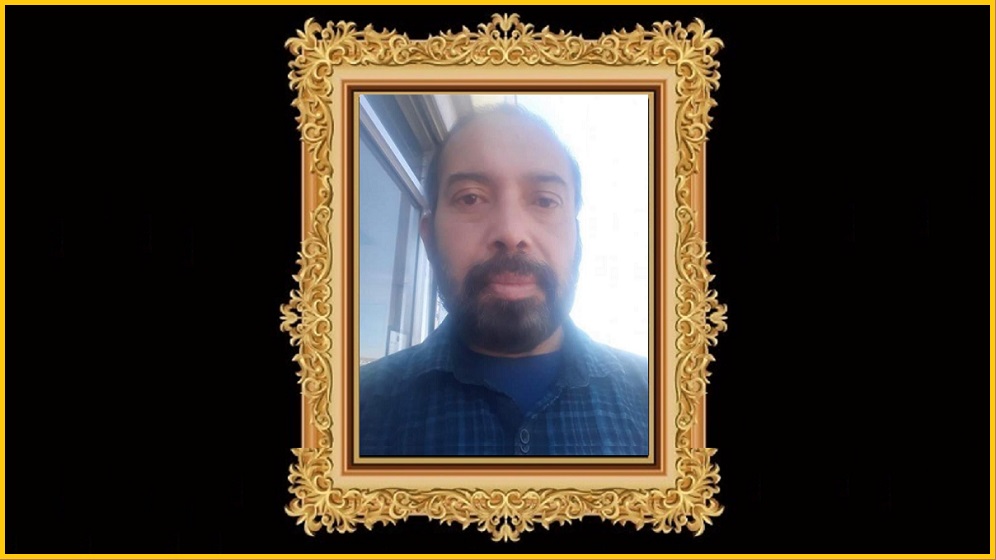 KOTHAMANGALAM March 14: The funeral of Late Sivaprasad, who passed away on 15th February 2022, was held at his home place in Kothamangalam in Ernakulam district yesterday (Sunday) at 14:30 (Indian Time) according to Hindu rites, family informed this website.

Body of Late Sivaprasad Shankaran (54), who passed away on 15th February 2022, was repatriated under the full responsibility of the Indian High Commission in London. Late Sivaprasad’s son Karthik who was living with his dad in the UK too travelled to Kerala to carry out the funeral rites.

Late Sivaprasad was residing at Hampton Road Forest Gate London with his 20 year old son when he passed away suddenly following a cardiac arrest on 15th February 2022 at his home. He leaves behind wife Sajitha, who is teacher at NSS High School in Varapetty and two children aged 20 and 17. The family is from Pulpra Puthan House Pidavoor Pothanikkad Kothamangalam in Ernakulam district of Kerala.

Late Sivaprasad had brought his 20-year-old son to the UK only recently and has been finding it difficult to pay his university fees due to Late Sivaprasad falling ill with Covid.

Although Late Sivaprasad recovered from Covid, his illness worsened with further complications which led to his final death. His son arrived in the UK only last year and he was too trying to find his own feet but fate truant and plucked his father away from life before he could be forte for him

Seeing his father reeling with the post Covid illnesses and also with him unable to do any jobs the father-son duo were at their tether when Sivaprasad was struck with a heart attack.

The HCI has been very proactive from the time they received the required documents. It took a while for the documents to be submitted and finally they were submitted to the HCI on 25th February afternoon. The HCI took the decision to repatriate the body on 3rd March 2022, just four days of submission of the documents.

Since the day when the documents were submitted, which included the affidavit from the wife of Late Sivaprasad, the HCI were in constant touch with Late Sivaprasad’s wife from 25th February and assured all help and assistance and she was also given a direct contact number for her to keep udpdated about the developments.

The HCI officers processed the case in a speedy manner and there were no requirements or necessity for any intervention from higher ups for the process to be facilitated. The HCI officers were in continuous contact with Late Sivaprasad’s wife and was kept uptodate with the progress of her application.

Finally the decision was made on 3rd March that the HCI has chosen a funeral director and have allocated the job to them for the body to be repatriated to Kerala. The funeral directors immediately carried out the necessary formalities and collected the body from the mortuary in East Ham. Peter from Southall Funerals was very proactive in liaising with Indian High Commission and the family in order to facilitate the repatriation of the body in a speedy manner and thus the body was flown out through Emirates on Friday 11th March for it to reach Kerala on Sunday 13th March 2022. Sasi Nair from Neil Travels helped with booking the ticket for Karthik to travel to Kerala to carry out the funeral rites.

In Kerala, the body was received by NORKA funded ambulance at Kochi airport and taken to the home town in Kothamangalam.

A spokesperson for M.A.U.K commended HCI for the prompt and efficient handling of the repatriation. M.A.U.K had also launched a fundraising initiative to help Late Sivaprasad’s son travel to Kerala and also to relieve the family from immediate hardship. The cost for the air ticket for Karthik was met through this and the rest will be utilised to help the family address some immediate financial needs.

Indian High Commission’s acknowledgement to take up the responsibility was owing to the fact that Late Sivaprasad, an Indian passport holder, was unemployed for last few years due to Covid and the family in Kerala were under extreme financial duress and were not in position to bear cost of repatriation of the mortal remains of Late Sivaprasad.

Government of India rules allow extension and of such facilitation only in most deserving cases and stringent guidelines are followed.

Malayalee Association of the UK (M.A.U.K) and its friends were able to secure all the required documents for them to be summitted to the HCI at the earliest. Volunteers from M.A.U.K supported the bereaving family while the process was taking place with the HCI and it continued up until the final funeral date by liaising with the family in Kerala.