Keralites from all over the world were able to contest in this music contest hosted by FEFKA which was judged by eminent music directors from south Indian music industry including Gopi Sundar, Deepak Dev, Ouseppachan, Shan Rahman & Jassie Gift.

Over 500 participants contested in the competition. The contestants were divided into four categories (Sub Junior, Junior, Senior, Super Senior). Top three winners were announced in each category.

Lakshmi Rajesh from Croydon sung the cutdown version of music maestro Sharreth’s unique composition Sudhamantram, in the final round in Junior category. Lakshmi was adjudged winner. 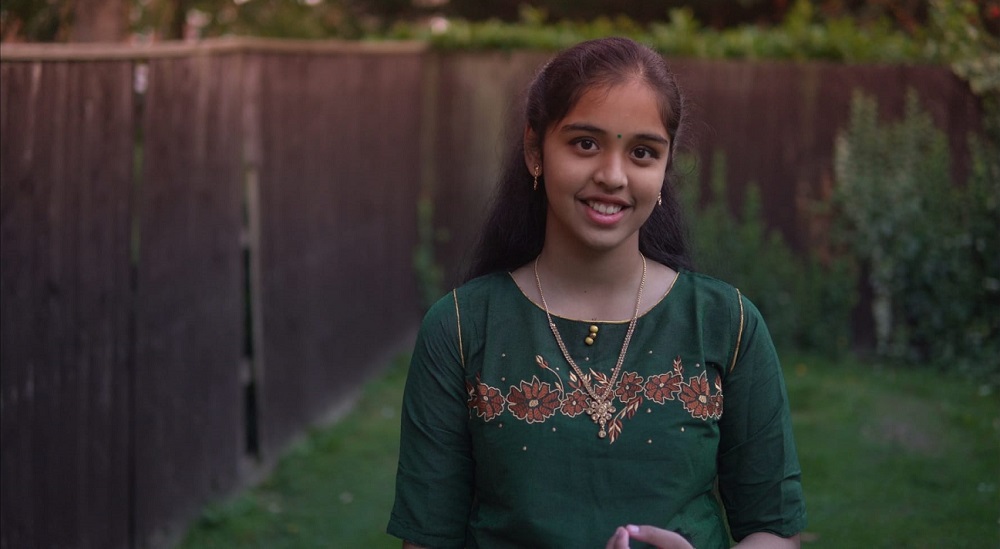 Lakshmi started her singing under the tutelage of Sampath Kumar Acharya at the age of 5 and is currently pursuing her Carnatic training from Kalaimamani Binni Krishnakumar and Hindustani from Prachi Ranade. Lakshmi, aged 13, is a year 8 student at Wallington Grammar school for Girls.

Mozart of Madras A.R.Rahman had featured Lakshmi’s cover version of his song Seemanthapoo on Twitter in 2021, as Lakshmi was one among the winners of his #99SongsCoverStar contest.

Lakshmi has been the title winner for many events & competitions and has received appreciation from eminent judges like Anuradha Sriram, P.Unnikrishnan, Usha Uthup, M.Jayachandran.

Lakshmi is the daughter of Rajesh Raman and Soumya Rajesh who have been UK residents for 15 years and live in East Croydon (south London). If you would like to see her sing then her next Live event is in Croydon on May 21st. She will be performing alongwith a Band and noted playback singers Ranjit and Sireesha from India.