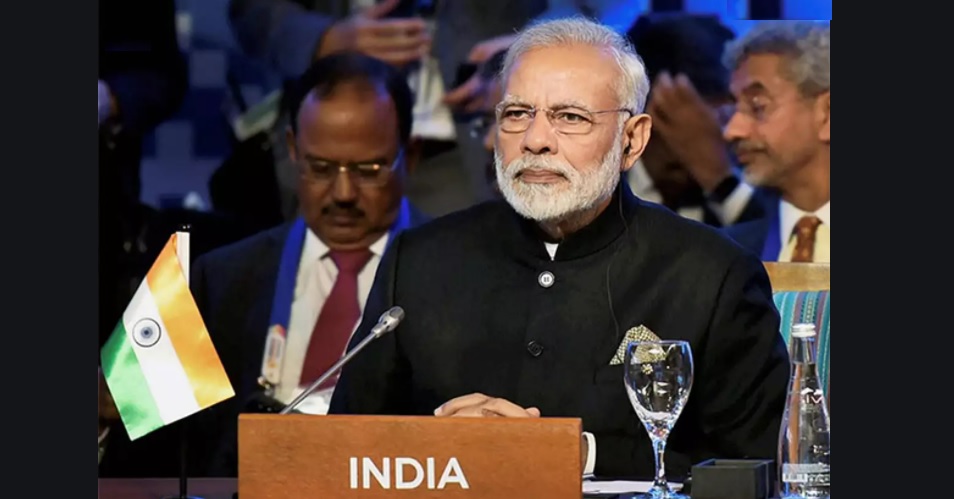 LONDON Nov 7: The UK has invited Prime Minister Narendra Modi to the Climate Ambition Summit scheduled next month, according to a British government statement.

The December 12 Climate Ambition Summit will provide a platform for leaders who are ready to come forward with announcements of new, more ambitious nationally determined contributions and long-term strategies to net zero, as well as new climate finance pledges and ambitious adaptation plans.

During a meeting with Foreign Secretary Harsh Vardhan Shringla in London, Philip Barton, Permanent Under-Secretary at the UK’s Foreign, Commonwealth and Development Office, “extended an invitation for Prime Minister Modi to attend the December Climate Ambition Summit”, the British High Commission in New Delhi said in a statement.

The UK, as COP26 (to be held in Glasgow next December) President, the UN and France will host the virtual leader-level summit on the five-year anniversary of the Paris Agreement, in partnership with Chile (as COP25 President) and Italy (COP26 partner), it said.

The United Nations Climate Change Conference (COP26) was originally scheduled to be held this month. However, due to the coronavirus pandemic, the event was postponed to next year.

The historic Paris accord committed the US and 187 other countries to keeping rising global temperatures below 2C above pre-industrial levels and attempting to limit them even more, to a 1.5C rise. The US – the second leading producer of all carbon dioxide emissions globally, behind China – on Wednesday formally withdrew from the 2015 Paris Agreement on Climate Change, a decision originally announced three years ago.

Speaking after the meeting with Harsh Vardhan Shringla, Mr Barton said: “India has a special place in my heart and I know first-hand the importance of building the relationship between our two countries.”

“Mr Shringla and I agreed a strengthened UK-India partnership will be a force for good in the world, in facing the big international challenges over the next decade, such as climate change and global security,” said Mr Barton, formerly High Commissioner to India until August this year.

It was Mr Barton’s first high-level meeting with any country since taking up his new position as head of the UK’s diplomatic and development service.

The meeting was the latest in a series of high-level UK-India engagements, following the Finance Minister-led Economic and Financial Dialogue last week and the subsequent virtual visit of the Minister for Investment. It precedes a planned High Level Trade Ministerial in November.

The discussion centered around how the UK and India will work together on their shared ambitions. Future priorities are likely to include increasing trade, tackling climate change, science and technology and defence, the release said.

The UK and India also shared views on the next generation of challenges and opportunities, including assessments of emerging global security threats. – PTI