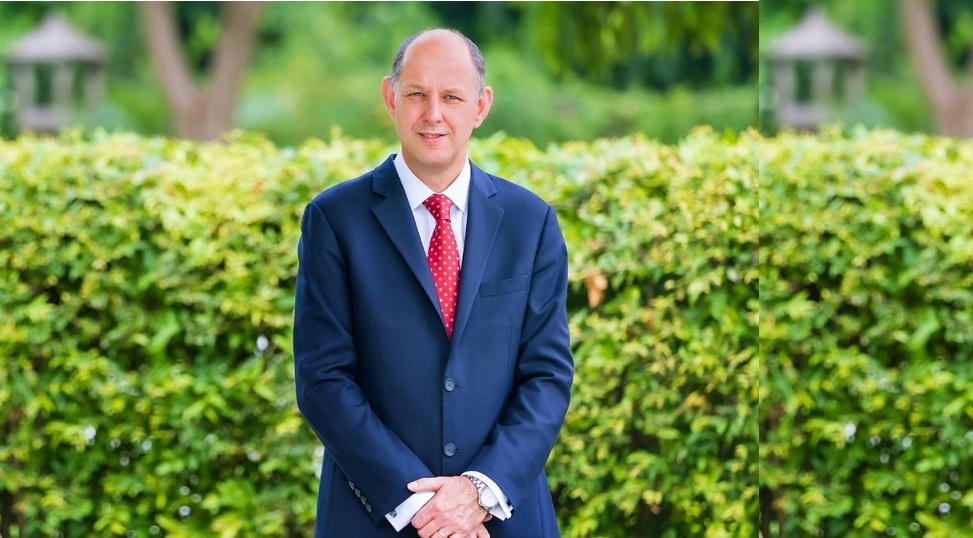 NEW DELHI July 10: Sir Philip Barton, the new Indian High Commissioner to India, always loved India, but never knew he would return there as head of the diplomatic mission of the United Kingdom.

He was so delighted about the appointment when he said: “I, too, am part of that bridge. My mother was born in Shimla and I was posted here in Delhi in the 1990s. I met my wife, Amanda, when we both lived and worked here and we named our daughter ‘India’ – not knowing I would return one day as High Commissioner.

“I am delighted to be back and look forward to continuing to build on what PM Modi has called an ‘unbeatable combination’ – a forward-looking, modern partnership between the UK and India”, he said through an official communique published by the UK government.

Sir Philip Barton presented his credentials to President of India Shri Ram Nath Kovind, in a virtual ceremony, who accepted him as the UK’s new High Commissioner to India on 8th July 2020.Sir Philip said: “It is the greatest honour and privilege of my diplomatic career to represent the UK in this wonderful country. The UK-India relationship is remarkable and we share an unparalleled breadth and depth of connection.

“There is a deep commitment across the British government, industry and civil society to grow that relationship even further: developing our trade and economic partnership, now that the UK has left the EU; tackling the global challenges of climate change and green recovery, acting together as a force for good in the world; and working closely as partners to keep our countries safe and secure.

“I recognise that I am arriving at an extraordinarily difficult time. Corona virus is without precedent in modern times, but it has also brought out the importance of the modern partnership between the UK and India: from our excellent collaboration in developing and manufacturing a vaccine for global distribution, to securing essential medical supplies for health workers, to our joint determination to “build back better” from this crisis.

“I see my job as ensuring that this crucial partnership continues to prosper. We often speak of the “living bridge” of people, ideas and institutions that tie the UK and India together.

Sir Philip joined The Foreign and Commonwealth Office in 1986 and has previously served as the Director General, Consular and Security in London, as the British High Commissioner to Pakistan, and as Deputy Ambassador in Washington.

Prior to arriving in New Delhi last month, Sir Philip helped the UK government adapt its long-term planning to the pandemic. His full bio is available online, here.

This website wishes Sir Philip all the best in ensuring the best relations India and UK shares.