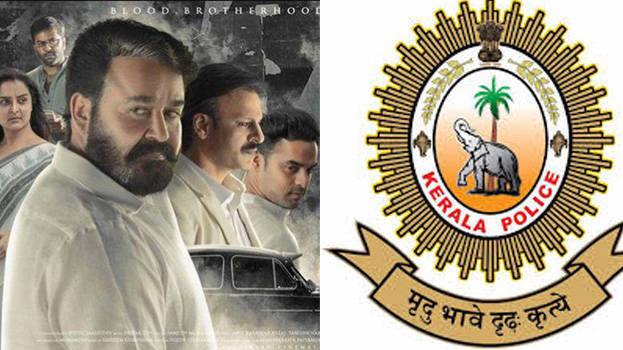 THIRUVANANTHAPURAM April 3: Kerala police have come out with complaint against Mohanlal starrer Lucifer. The complaint is mainly against the ad of the film in which the hero is seen pining a police officer to the wall of a portico using his feet in a sensational scene.

In the complaint submitted by Kerala police association to the chief minister, State police chief and Sensor board, it is said that the advertisement spreads wrong message in society and action should be taken to avoid such kind of ads.

“There is also a title to the ad which sends wrong message to lakhs of ordinary people. There is no doubt about it. Nowadays, there are also many incidents in which police are deliberately attacked by the public.

Though earlier criminals were the ones who attacked the police, nowadays among the attackers there are also youths, at least to some extent.

What provokes people to do such things are cinemas, which can influence them in a big way.

It is under these circumstances the seriousness of the ad need to be considered,” the complaint said.

Prithviraj has directed the film while Murali Gopy has scripted it.