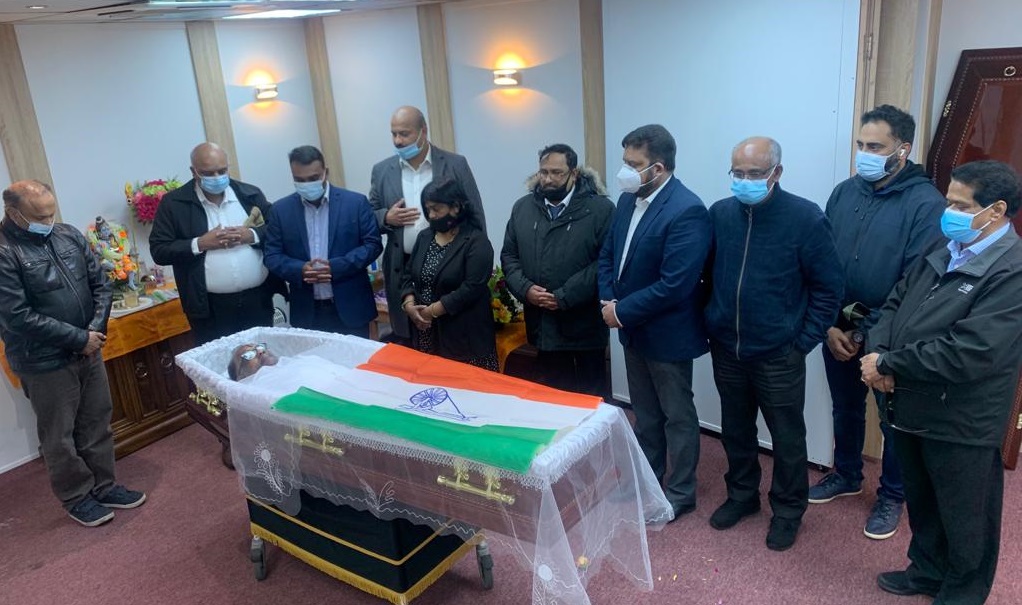 LONDON April 12: Thekkummuri Haridas, former official of the Indian High Commission in London, Loka Kerala Sabha presidium member, prominent businessman in London, Chairman of the OICC UK and Chairman of the Guruvayoorappa Temple Committee in London, passed away on March 24, 2021 at 1 am at Tooting St. George’s Hospital.

OICC UK National Committee leaders, regional leaders and members arrived on 10-04-2021 and laid the wreath as a mark of respect for Hariyettan. He was then honoured with a ceremonial honor, followed by a condolence meeting with OICC leaders and members who arrived in Mitcham to pay their respects to the late.

During the condolence meeting held on 10-04-2021, the leaders and members opined that Hariyettan’s demise was a great loss to the Malayalee community in the UK and to the OICC UK. 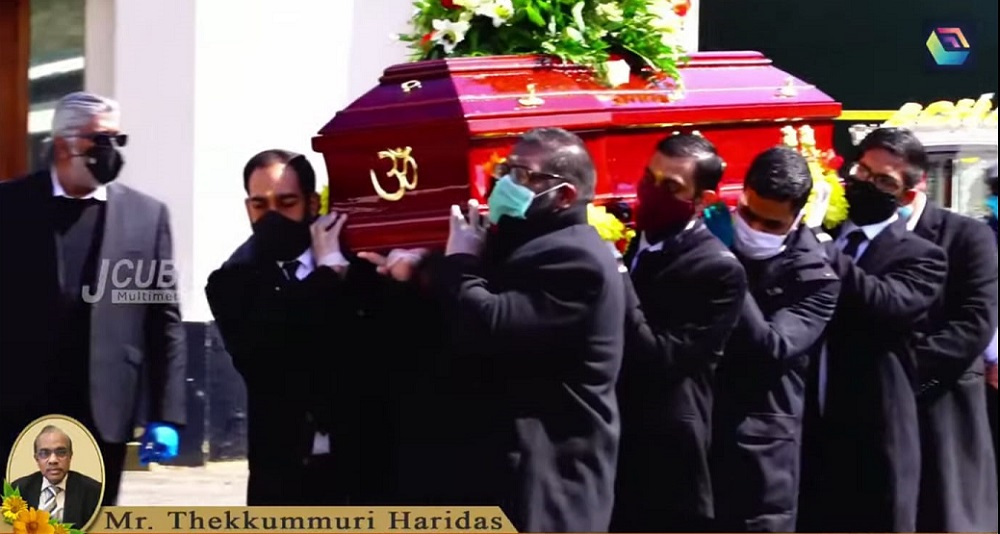