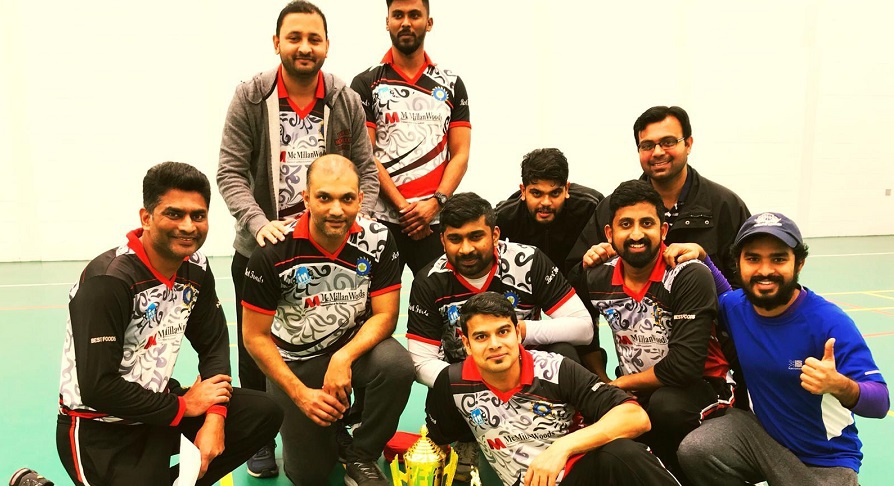 The culmination of the day was marked Club Secretary. Vote of thanks was proposed by Lijo George Joseph who thanked all the sponsors including London Sports League who were the key contributors to the success of the event.

The prize distribution was held under the chairmanship of Vinu Abraham. Chairman Vinu Abraham gave away the Winning Cup to the much deserved Oakfield Warriors Captain Shibu Pillai. A special token of thanks and appreciation was also given to the County Umpire Alan Ewen. Jibin Virat Kohli from the runners up team Spartan was declared as the best batsman.

The trophy for Best bowler went to Smibin Raphael of Oakfield Warriors CC.

The tournament was open to all associations and groups and cricket teams across the UK.

First prize was £250 cash prize. First prize was sponsored by McMillanWoods (www.mcmillanwoods.com), a global network or association of independent local and regional firms of recognised qualified accountants and professional advisors.

The prizes for Best Batsman and Best Bowler was sponsored by Ample Finance, providers of Life Insurance, Income Protection, Building and Content Cover (03332240024)