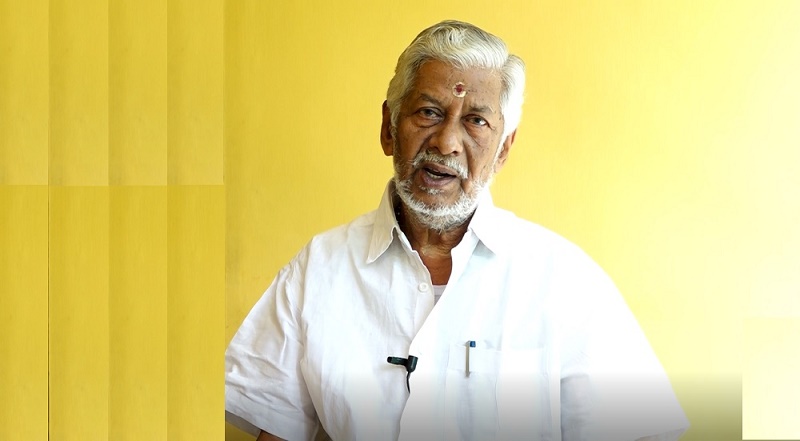 LONDON July 11: In a very touching personal message noted poet and lyricist S. Ramesan Nair talks about those health workers who gave their life to save many others during the time of the Covid pandemic.

The poet speaks about the health workers in the UK who succumbed to the pandemic. He highlights the plight of the world today and says it has become like a hospital where there is only fears and concerns.

He wishes Hridayageetham event, which will be held this afternoon at 2pm, all the best to remember those who will be dearly missed.

Hridayageetham is a unique show of togetherness, Malayalee doctors from different parts of the world will come together to lend their voices to give life to a beautiful musical concept that will bond them together in these difficult times.

The first if its kind event in the world, titled Hridayageetham, is termed as By The Doctors, For The Doctors and For Humanity, will feature doctors who are renowned as singers at a professional level who have been participants in musical groups, who have performed widely on stage and have recorded and even composed music too.