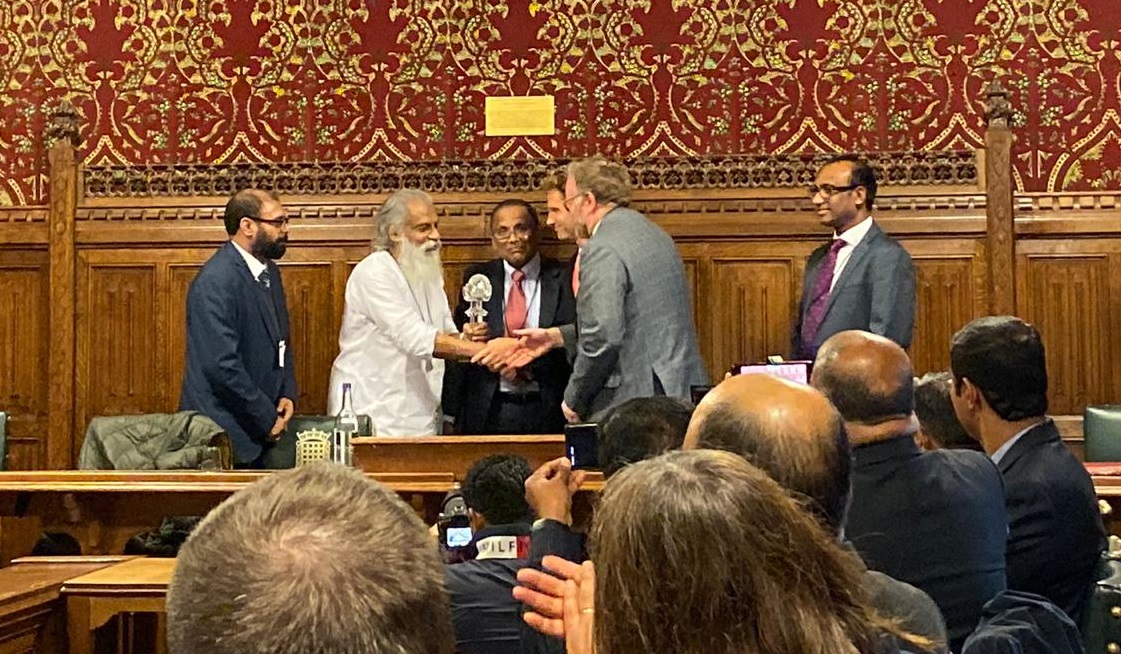 LONDON Oct 16: Martyn Day MP along with the Justice Minister Chris Philip MP honoured Dr K J Yesudas for his 50 years of achievements in music industry at a ceremony held at the British parliament on 14th October 2019.

Dr K J Yesudas arrived at Westminster palace with his family. Dr Yesudas was delighted to receive the award and he gave a speech on his 50 years of experience in the music industry in India.

Both MPs praised Yesudas for his life-long achievement and versatility of his singing career. Representatives from the Indian diaspora, representing  different South Indian states,  spoke and praised their beloved singer for his voice and his humble behaviour.

Vijay Yesudas also received an award for his contributions. During Vijay’s speech he invited his brother saying to the audience: “My brother is the backbone of my father  and while I got his voice my brother got his brain”. Yesudas’ wife received special mention during Yesudas speech and was mentioned by main speakers for her support to Yesudas throughout his life.