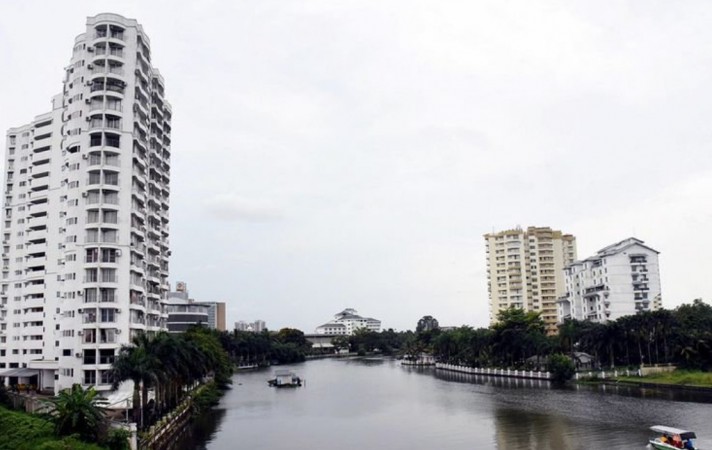 Kochi Oct 17: The Kerala Police said on Wednesday that it will confiscate the property of builders of the Maradu flats.
The crime branch had earlier frozen worth Rs.18 crore in the bank accounts of Holy Faith Builders.

The action was initiated against the builders after the Supreme Court ruling that the owners of the Maradu flats can be compensated by the builders.

The Supreme Court had ordered interim compensation of Rs.25 lakh to each flat owner to be paid within four weeks.

A joint meeting of the crime branch and district administration was held in Kochi on Tuesday. District Collector S Suhas, Sub-Collector Snehil Kumar and the Crime Branch ADGP Tomin J Thachankari led the meeting, which decided to confiscate the property.

The property is owned by the owners of the flat complexes of Holy Faith, Golden Kayaloram, Jain Builders and Alpha Ventures.

The Crime Branch has issued a letter to the Revenue and Registration Departments to confiscate the land and property.

On May 8, a court had ordered Kerala government to demolish the flats as they were in violation of the Coastal Regulation Zone (CRZ) rules.

Further, the court had on September 23, reprimanded the government for not acting on its order and allegedly allowing multi-storey buildings to come up illegally in the coastal zone and said it will fix responsibility on the erring officials involved in such kind of construction. – PTI