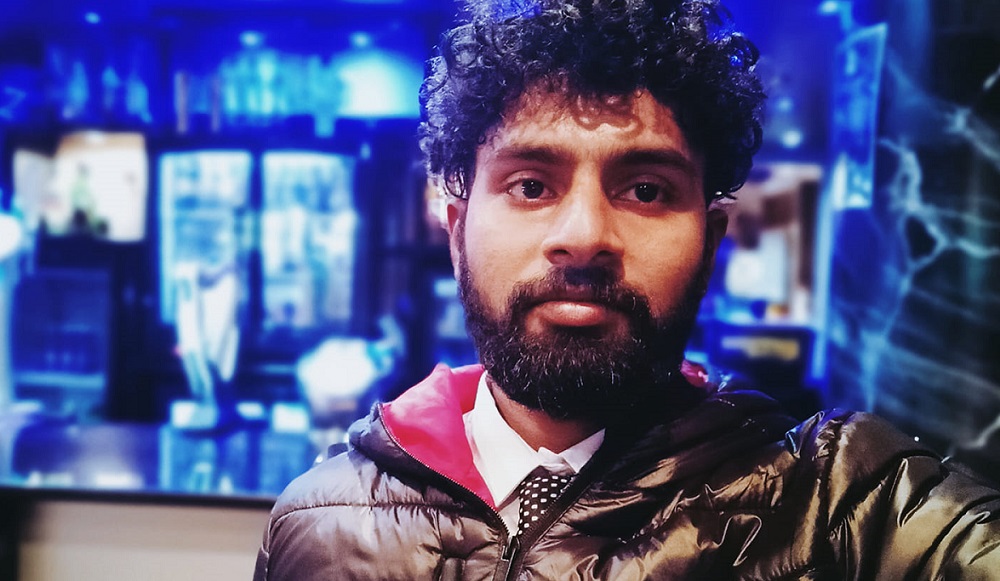 LONDON July 17: A Keralite student who arrived recently to do studies at the Salford University in Manchester was fined £150 for feeding a hungry looking pigeon.

Speaking to this website, Rishi Prem from Kottarakkara in Kollam, narrated how he ended getting fined for an act which he thought was humane.

“On a Monday at around 11.30am I was at the Picadilly Gardens in Manchester Town Centre. As I felt hungry I bought a tortilla wrap and sat down to eat. Suddenly a group of pigeons flew towards me and settled near me. I tore a small piece of tortilla and laid it on the ground for one of the pigeons to eat. Immediately a security officer with a badge which said 3GS arrived on the sport and handed over a letter to me”.

The Penalty Notice read: “An officer authorised by Manchester City Council has reason to believe you committed the offence of littering, namely food waste, contrary to section 87/88 of the Environmental Protection Act 1990.” 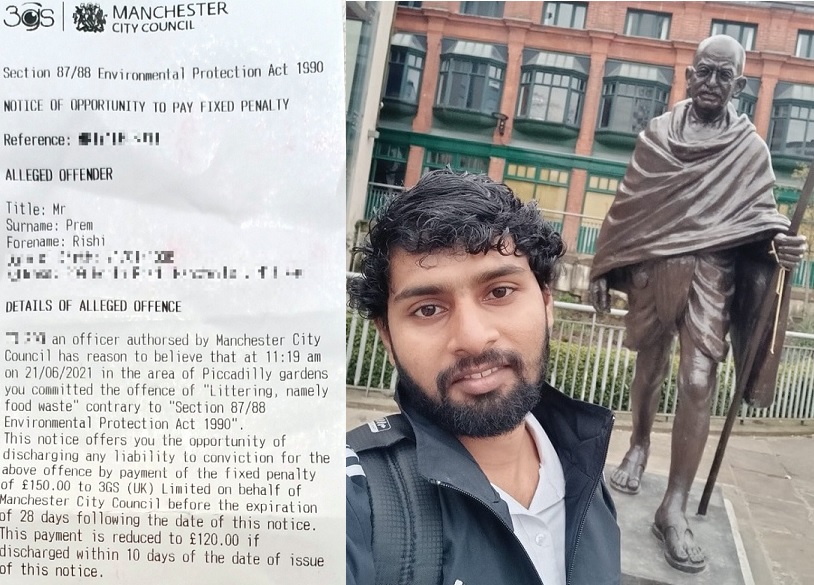 Rishi pleased ignorance to the whole thing about feeding pigeon at a Town Centre or other restricted places. He said:” I saw this pigeon looking hungry and thought if I placed a small piece of tortilla then it would just pick it up and fly away.

Rishi said that the 3GS officer was watching him from the moment he sat down and started eating, and according to Rishi he saw the birds coming towards Rishi so he could have warned Rishi, he argued. It seemed to Rishi that the officer was just lying waiting for Rishi to feed the pigeon and he was never warned not to.

Rishi, who works in a care agency, said that he come from a poor family and struggled to meet ends while in the UK as a student. With him being fined £150 he requested the University to defer his fee payment which they did. Thus Rishi was able to pay the penalty of £150 fearing that there may be further actions if he delayed.

On being asked if he would feed the pigeon again Rishi said: “Chetta (brother) I cant afford to even meet ends here and then how can I. I would but I am all scared with these rules and other”.

Feeding pigeons in Town Centres and certain restricted areas are bad for the environment, potentially bad for the health of people and the birds themselves and can attract rats. Therefore, there are restrictions put in place for people not to attract them by feeding them. Look out for restriction signs before you do so.