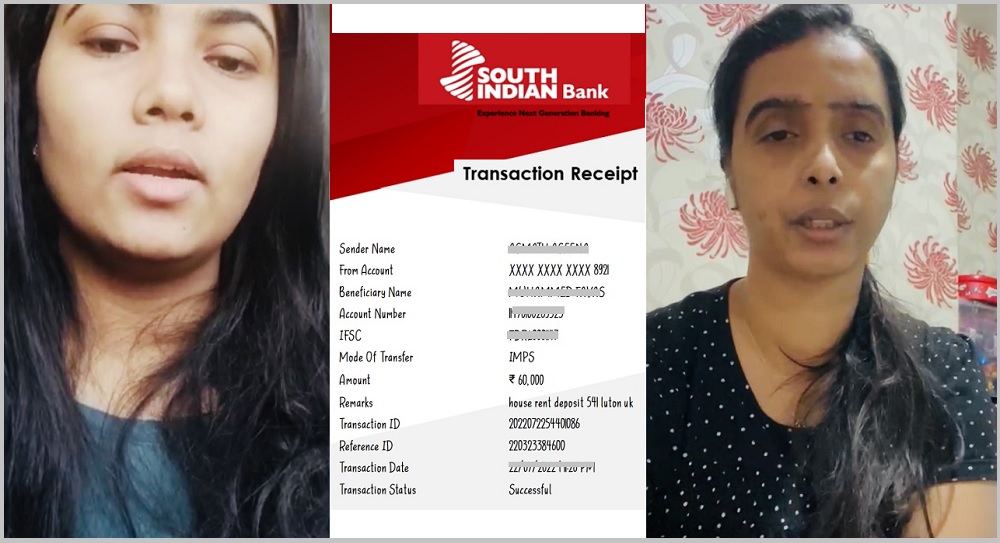 LUTON Jan 8: Three Keralite students who arrived only three months back are fighting a battle to get back the advance money they paid to a Malayalee ‘property agent’ for arranging a property for them in Luton.

The three students – Asmath from Kozhikode, Akhila from Palakkad and from Sulfi from Alappuzha paid Rs60,000 (approx £600) as advance payment to a so-called ‘property agent’ from Luton for him to arrange for them an appropriate accommodation when they arrive in the UK.

Asmath and Akhila who spoke to this website narrated their harrowing experiences of them not able to get back the money as they are struggling to meet ends.

The three students, who secured admission to the Hertfordshire University in Luton, paid this money while they were in Kerala. On arrival in the UK, due to change of circumstances they were not able to live in the promised property in UK.

When the three students requested the so-called ‘property agent’ to return the deposit he started to play truant by playing delay tactics by either saying that he would pay them half the money or that he is busy and finding many other excuses.

Finally, on 6th January, when Asmath called the ‘property agent’ the phone was passed over to another person who started to shower abuse on Asmath using derogatory words. The perrson who picked up the phone made several serious threats which include that she would return home in a coffin.

Asmath disconnected the call and a bit later the so-called ‘property agent’ called her and said that this is how she will be dealt with i.e. that if Asmath rings him again then he would pass the phone to this person who is his ‘landlord’ who would abuse her and probably cause her harm.

Asmath has now reported the incident to the police.

We will follow this case and update our readers as these two students have taken the courage to report to police which is the best possible action they could take and we recommend all students to report matters to the police if they are being cheated or being threatened.

Listen to the videos posted on Facebook by Asmath and Akhila.