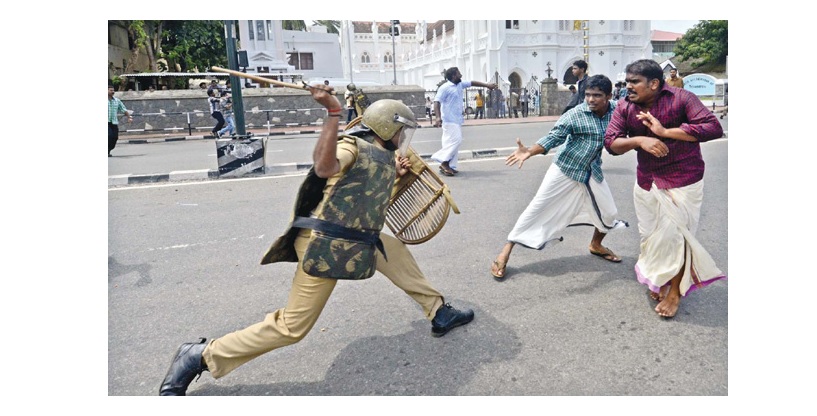 THIRUVANTHAPURAM Feb 3: A Kerala policeman, who got beaten up by SFI activists, while on duty, aired his vengeance through allegedly sharing defamatory posts against the chief minister and the government, got suspended from his service.

The police constable SS Sarath, from SP camp in Peroorkada in Thiruvananthapuram was suspended on a directive from the police headquarters. It was alleged that Sarath used to frequently share posts defaming the CM and the government in his various social media platforms such as Facebook and WhatsApp.

Kerala police officials are banned from making any defamatory remarks or criticising the government on social media.

The complaint about the Facebook posts was lodged against Constable Sarath by one of his own native resident from Valakom in Kollam and an enquiry is in place.

As per the TOI report, Sarath was also among the three police officials who were assaulted by Students Federation of India (SFI) activists in Thiruvananthapuram in December 2018. The incident took place when the police officials stopped a couple of students on a bike for violating traffic rules in the busy Palayam junction. On stopping the bike, a few students belonging to SFI from the nearby University College came running and starting assaulting the police officials. Sarath was hospitalised following the attack.

Three days before police constable Sarath was suspended, an SFI activist named Nazeem of the University College, who is also a prime suspect in the assault case, had surrendered before the Cantonment police. Apart from this, the police had also previously arrested four students with regard to the case.