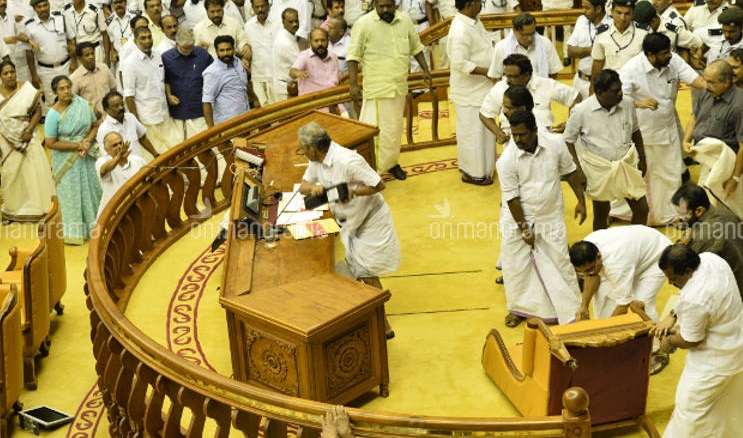 Thiruvananthapuram Jan 9: Governor P Sathasivam on Tuesday signed  Prevention of Damage to Private Property and Payment of of Compensation Ordinance, 2019.

It aims at providing due protection to private property from violence that erupts during protests.

These include destruction of property caused by hartals, bandhs, demonstrations, communal violence, road blockade and such others called by political, social and religious organisations and other groups.

A Central Act is in force to prevent the destruction of public property and punish the offenders, but the existing laws are insufficient to prevent targeting of private property and hence the ordinance, he said.

The proposed Ordinance entails provisions for imprisonment up to five years and a fine once proved that private property was destroyed as part of a tension, hartal or other protests. On sustaining loss using explosives or fire, it would draw life term or 10- year imprisonment and fine.

Stringent provisions have been incorporated for granting bail for the accused in such cases. Bail would be granted only after hearing the prosecution side.

After estimating the loss incurred to property, the accused would have to furnish a bank guarantee or cash amounting to 50% of the damage to secure bail.

The loss would be assessed by an officer designated by the government. On proving the charges, there are provisions to levy the loss from the accused.

In March 2018 Chief Minister Pinarayi Vijayan informed the Kerala assembly that the government has given consent to the public prosecutor to withdraw the case against then six LDF MLAs in the assembly ruckus incident of 2015.

Opposition leader Ramesh Chennithala said they would challenge the matter in court and termed the government decision as a jolt to democracy and “dark chapter.

Replying to a notice for an adjournment motion sought by the UDF on the matter, Vijayan justified the government’s decision and said there was no impropriety in it.

The government has given consent to the public prosecutor to withdraw the case with the court’s approval, he said.

Vijayan said it was done to uphold the rights of the House and the government does not want to handover its power to another institution (judiciary).

The incident that happened in the assembly has to be settled in the House itself, Vijayan said.

The constitution has clearly defined rights and powers to the three pillars of democracy -Legislator-Judiciary and Executive.

“It will be not be prudent to take matters that occurred in the House to the court,” he said.

The decision was taken upholding the spirit of the constitution.

Vijayan also said there was a precedent of withdrawing criminal cases by government in the past.

The Chief Minister said the previous UDF government acted indiscriminately as they did not file a case on a petition filed by four LDF women MLAs that they were molested and manhandled by UDF members.

The case against the six LDF MLAs was taken based on a complaint filed by the Assembly Secretary without the approval of the House and also its leader, Vijayan said.

Slamming the government over the issue, Chennithala said what the then LDF legislators had done was a criminal offence and “they have to face trial in the court.

“There is no protection or privilege for an MLA who commits a crime in the House under assembly rules,” he said.

Seeking notice for the motion, V D Sateeshan (Cong) said the legislators’ action was actually an offence against the state. “They have to face trial,” he said.

The assembly had witnessed unprecedented and ugly scenes on March 13, 2015 as opposition LDF members tried to prevent then finance minister K M Mani, who was facing charges in the bar bribery scam, from presenting the state budget.

Besides flinging the Speaker’s chair from the podium, electronic equipment like computers, keyboard and mikes on the desk of the presiding officer were also damaged by LDF members.

The government had decided to withdraw the case considering a petition by V Sivankutty, CPI(M) leader and former MLA who was among the accused in the case.

Sivankutty last month wrote to the chief minister and assembly speaker P Sreeramakrishnan, seeking withdrawal of the police case against him and five other LDF members, alleging that it was “politically motivated.

Of them K T Jaleel is the state minister for Local Self-government in the present LDF government and E P Jayarajan, an MLA.

The case was registered during the previous UDF rule against the six LDF mlas under relevant sections of Prevention of Destruction of Public Property Act and IPC sections 447 (criminal trespass) and 427 (mischief causing damage).