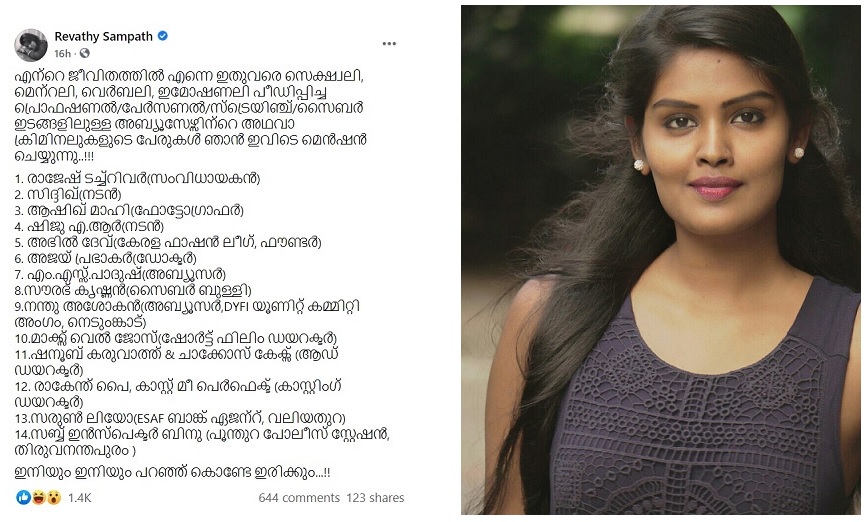 KOCHI June 16: A Facebook post by Malayalee actress Revathy Sampath has stirred the hornets nest in the Malayalam film industry.

Revathy Sampath says that the people mentioned in this list are criminals who have sexually harassed her.

“This list comprised of people who have sexually, mentally, emotionally, and verbally harassed me. I am mentioning the names of these criminals below. (Scroll Below To Read The Post)

While speaking to Times of India she said: “”The general tendency is to term women who open up as an ahankaari, rather than focusing on what she is trying to say. Not many understand it isn’t easy to open up about abuse”.

The actress confirmed that she will not remove the post.

Revathy Sampath made her debut in Patnagarh in 2019. She got wide acclamation for her role Dr Annie in Waft. She won second runner up position in pageant, Miss Indywood 2016 and Miss Personality by Ramoji Film City Hyberabad.