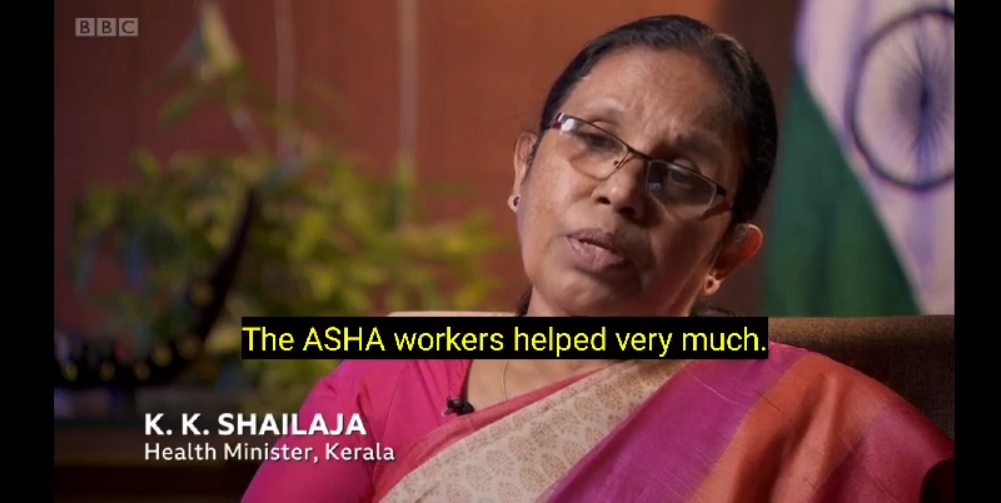 LONDON March 25: March 23rd marked one year of the lockdown followed by the breakout of the Covid pandemic all over the world. Covid still continues to wreak havoc around the globe with different governments have followed different strategies.

BBC’s Panorama reporter Jane Corbin investigates the policies pursued by governments elsewhere. Using data to get to grips with the outcomes, she sets out to discover whether anyone got it right and to understand what lessons might be learned for the future.

The report refers Kerala as one of the states which was successful in fighting the Covid pandemic. It says, with a population of 35 million, Kerala went from having the highest number of cases in India in March 2020 to having among the lowest Covid-19 death rates in the world which is just around 4,500. Comparatively UK’s death toll is 15 times more than that of Kerala’s.

The Panorama report was done by Jane Corbin who appears on BBC One current affairs series Panorama. Her Panorama series subtitled COVID: Who Got It Right? broadcast on Monday 22nd March was a hard-hitting documentary. Throughout the hour-long special, Jane investigates Covid-19 policies pursued by governments around the world. She also sets out to discover which nations have had the most successful approach, and how the world might react to future pandemics.

Born in London, Jane began her journalistic career at Channel 4 news in 1982. During her time with ITN, she covered major news stories abroad, notably India. In 1984, she interviewed the then Indian premier Indira Gandhi just before she was assassinated by a gunman. Four years later in 1988, she joined the BBC’s flagship current affairs show, Panorama.

CLICK TO WATCH FULL PROGRAMME ON PANORAMA ON BBC I-PLAYER