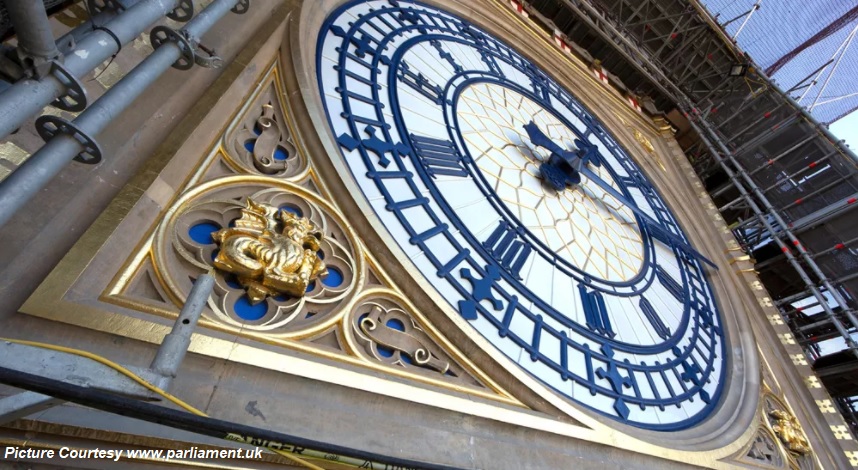 LONDON Nov 11: Getting up close to Big Ben requires earplugs, and ear defenders over them to be safe. When the 13.7-tonne bell sounds, the vibration hits you in the chest.

After a five-year restoration project, the world-famous ringer is back with a bong.

The Great Clock towering above Britain’s Houses of Parliament is resuming daily operations following the painstaking renovation of more than 1,000 moving parts.

When the clock’s five cast-iron bells including Big Ben fell silent in 2017, a mournful crowd of parliamentarians and staff gathered below. Some shed tears.

The time marks the moment on November 11, 1918 when the guns fell silent in World War I. In Britain, Remembrance Sunday immediately follows Armistice Day every November 11.

They are two of the few occasions that Big Ben and his partners have rung since 2017, along with New Year’s Eve, when Britain left the European Union in 2021, and the funeral of Queen Elizabeth II in September.

Atop the 96-metre (315-foot) Elizabeth Tower is the belfry housing the bells — protected by exterior netting to keep out bats and pigeons.

Beyond lie some of London’s most spectacular vistas.

But parliament’s three in-house timekeepers don’t have time to enjoy the view.

Ian Westworth, 60, and his colleagues have been busy overseeing the tests to ensure everything is in order after the $90-million restoration.