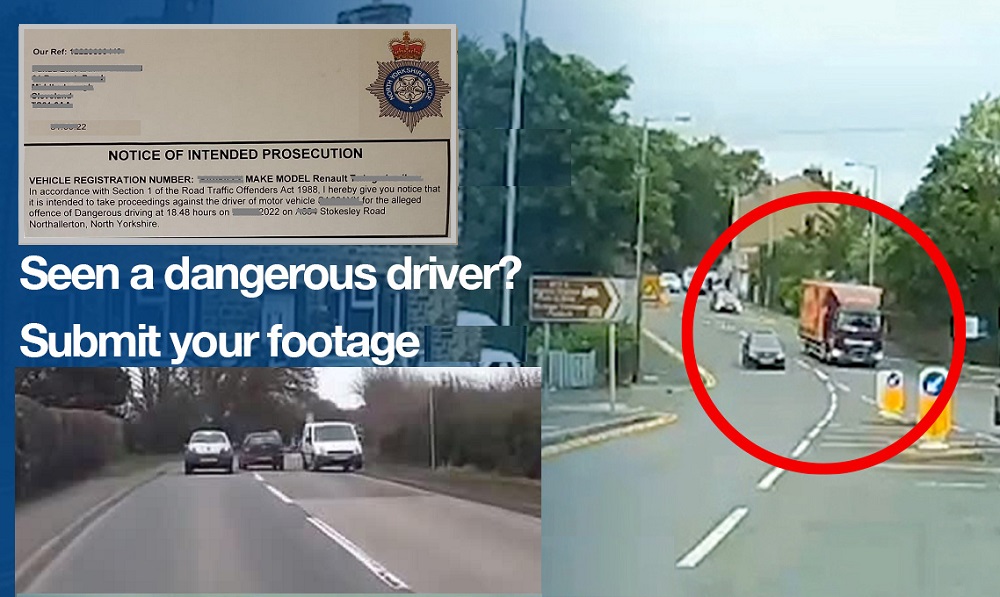 LONDON Dec 9: North Yorkshire Police arrived at a Keralite student’s home for him not making contacts with them in spite of request following an alleged offence of dangerous driving at 19:46 hours in August 2022 in Stokelesly Road of North Yorkshire.

The student says that he never received any prior letters by post and therefore he didnt make contacts with the police. However, police who arrived at his residence in Middlesbrough said that there was a letter issued to him asking him to appear at the police station to confirm identity and incident, which hasnt been responded to.

The police then handed to the student a Notice of Intended Prosecution for the alleged offence of dangerous driving at 19:46 hours in August 2022 in Stokelesly Road of North Yorkshire. It is alleged the Keralite student was driving erratically while on the road which was recorded by the dash board camera of the car behind him. The other driver submitted the recording to the police.

The North Yorkshire Police requested the student to appear at the police station to verify the video (dashcame recording) and confirm if it was him who was the driver at the time.

The student appeared at the police station and he was shown the video recordings and he confirmed to them that it was him the driver at the time.

The student is now awaiting further decision from the police.

A dash cam (short for dashboard camera) installed in a car or vehicle, is a small camera that records what’s happening on the road ahead (or behind). It helps police and insurers to find out exactly what happened in case of a collision or a dangerous driving and then make a decision on who was at fault.

Anyone can report offenders by calling the police’s non-emergency number 101. Alternatively, many police forces now accept online reports of using a mobile phone while driving, the person reporting may need to be willing to attend court to give evidence.

A range of situations are covered by dangerous driving, from the seemingly obvious, like speeding – to lighting a cigarette in your car. Other examples include driving under the influence of drink and drugs, just as one driver did in March while reporting another motorist for drink-driving. Ignoring road signs could also lead to a high-risk situation and a dangerous driving charge.

Examples of dangerous driving can include:

Speeding, racing or driving aggressively
Ignoring road signs and traffic lights
Drink or drug-driving, including prescription drugs
Driving with an injury or while being unable to see clearly
Knowingly driving with an unsafe load or dangerous fault

The driver being avoidably and dangerously distracted, for example by:
using a mobile phone or other equipment
reading, or looking at a map
talking to and looking at a passenger
lighting a cigarette, changing a CD or tape, or tuning the radio.