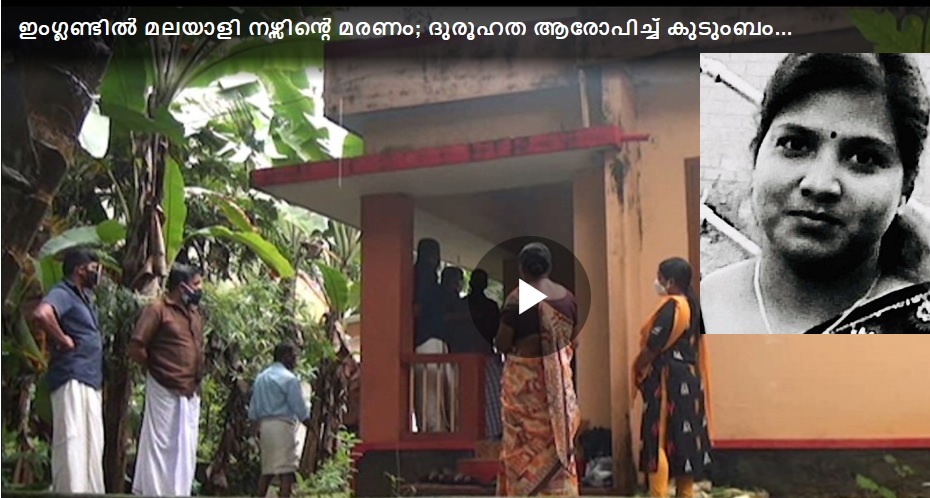 LONDON May 27: Sheeja Krishnan (43), a native of Chirakkadavu in Kottayam Ponkunnam back in Kerala, was found dead at her home in Redditch in county of Worcestershire in the UK on Monday 24th May.

However, now Sheeja’s family back in Kerala has come out with complaints to authorities in Kerala that the mysterious death should be investigated.

According to them the initial information they received from husband’s friends was that Sheeja died of a heart attack due to fever on Saturday night.

Relatives later learned that she had committed suicide.

Later Whatsapp messages from Sheeja sent to relatives in Kerala also surfaced where she appears to be saying that she is all depressed.

With this, the relatives became suspicious and they are now demanding that the mystery surrounding the death should be cleared.

The family has filed a petition with Union Minister V Muraleedharan and Chief Minister Pinarayi Vijayan seeking action to repatriate the body.

Sheeja Krishnan has been working in the UK for 18 years, lived with her husband Baiju, a native of Amanakara, and their children Ayush and Dhanush.

Friends in Redditch are sceptical of how this mysterious death came about in a family that was good friends with everyone.

After returning home from the hospital, the husband dropped the child off the car and went back to work. It is said that the child was the first to see the dead mother when he opened the house and entered. The police and paramedics were immediately informed but the death occurred.

Hours before her death, Sheeja posted a cover photo of herself holding her children.

Sheeja, who worked as staff nurse with the NHS, studied at St. Thomas College, Ranni and did her schooling at S C Higher Secondary School Ranny.

It is said that before the death, one of the children was taken to the hospital by her husband from work.