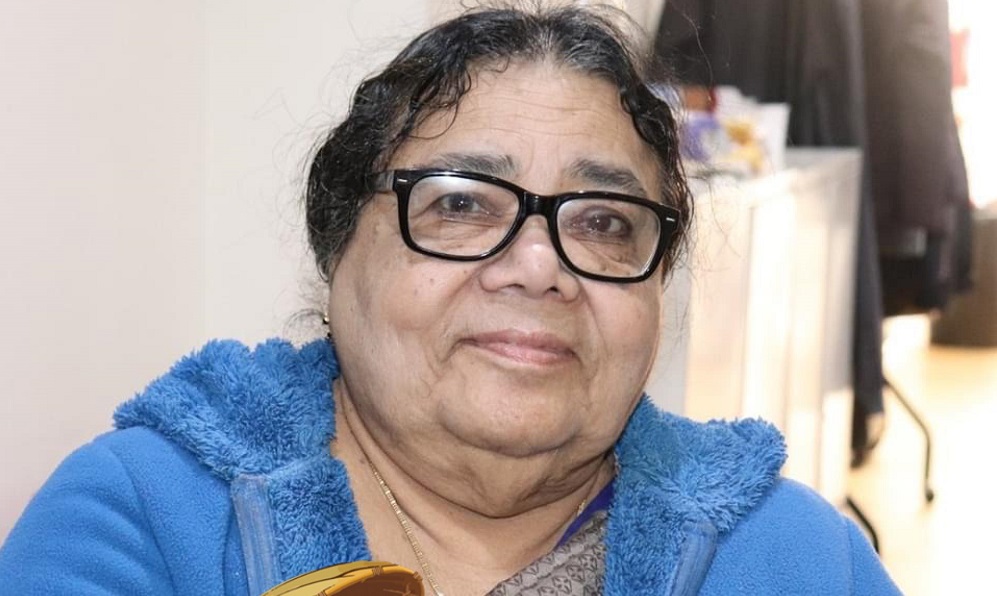 LONDON Dec 24: Sicily George (78), noted writer and a very notable social figure within the Malayalee community in the UK, passed away this afternoon at Whipps Cross University Hospital , family member informed this website.

Sicily George was suffering from stomach cancer, which was diagnosed only in the later stages.

She was admitted at the Whipps Cross University Hospital in Leytonstone in the East End of London since end of November 2021. Her condition deteriorated and she passed away this afternoon.

Sicily leaves behind two daughters and a son. Eldest Jilmet is in the UK, Juliet is in US and son Jerish is in Canada. Her husband Late Raphael George passed away when Sicily George was 36.

Sicily George is from Puannyurkulam in Thrissur district.

She has been living in East Ham for the last ten years.

She was a life-member of M.A.U.K and an active member of the M.A.U.K Elders Forum and have written and directed many short plays and skits for many stage shows.

Her charisma and encouragement has given many members of the Elders Club the opportunity and courage to perform on stage.

She had published many literary work, notably the novel “Pakshi Pathalam”.