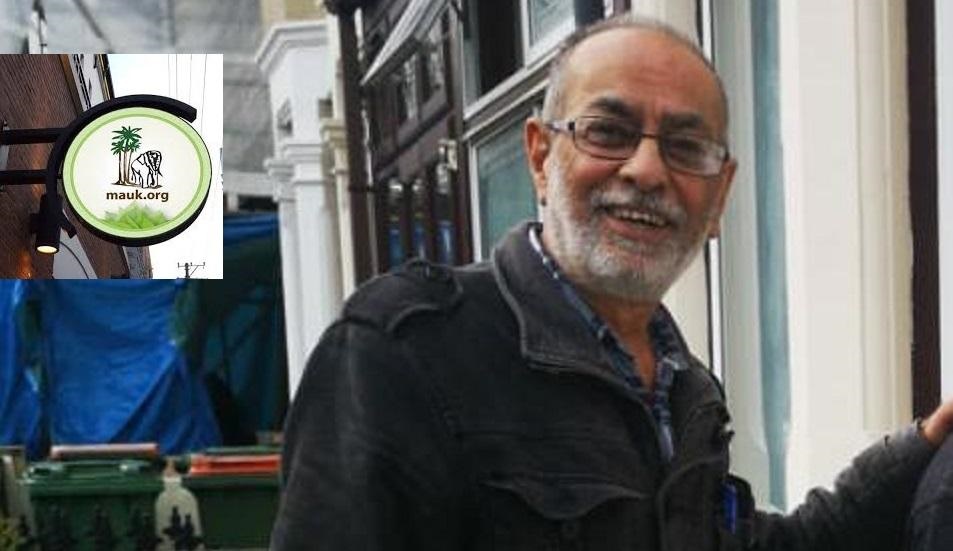 LONDON April 27: Here is another example to highlight the plight of Indian students stranded in the UK due to the Coronavirus lockdown. Manjeet Singh and his wife, living in East Ham, decides to go out for a drive in East Ham to get some food after a prolonged period of lockdown.
On arriving in East Ham, near to the Mahalaxmi Temple, he gets out of his car to a local takeaway shop to buy some food. He sees a long queue of youngsters lining up and leading to a shop.

He inquisitively goes to shop and checks out and see  youngsters coming out with a bag kit of food. He stops one of the youngster to show him what is being distributed.

The youngster shows him the bag which had some rice, some grocery items and some fruit drinks.

Manjeet asks him further questions and its revealed that these youngsters are queuing up to get some food. Manjeet couldn’t work out why they were in that situation, he couldn’t grasp the fact that we had such a situation where people are without food as their income and support had all but dried up.

The humanity in him awoke and he immediately asks to see one of the organisers, who was helping in distributing the food bags.

He comes to know that its done by the Malayalee Association of the UK (MAUK). He asks to speak to an official from the organisation. Sreejith Sreedharan, secretary of MAUK, who arrives to meet him in person. Sreejith explains the activities of MAUK to Manjeet.

Impressed with the activities Manjeet decides to give him whatever he had with him. He gave Sreejith £100 he had on him and two 10 kg bags of rice immediately from his car.

On his way back home Manjeet realises that what he has offered to MAUK is very paltry compared to the scale of work they have undertaken, so he decides to up the game and donate a lot more, Manjeet could not bear those students queing up for food and the looks on their faces had a thousand stories to tell.

These are children who are away from their parents and alone and he couldn’t help feeling their plight and hunger.

Next day he sends a text message to Sreejith asking him to come and collect £900 more from him and to round up his contribution to £1,000. to help alleviate hunger these students were facing, with no other means to seek help other then to turn to MAUK.

Malayalees in Kerala too have enjoyed the love and care from the Sikh community and Khalsa Aid as at the time of the severe floods last year. The Sikh community members had then arrived in Kerala to serve hot meals to those who have been affected and become homeless due to the floods.

Today, Keralites in the UK too were able to feel the generosity of this kind Sikh man through the donation made to a good cause.

Manjeet is hoping to raise more money to donate to MAUK  to continue to help feed the hungry students, during this lockdown.