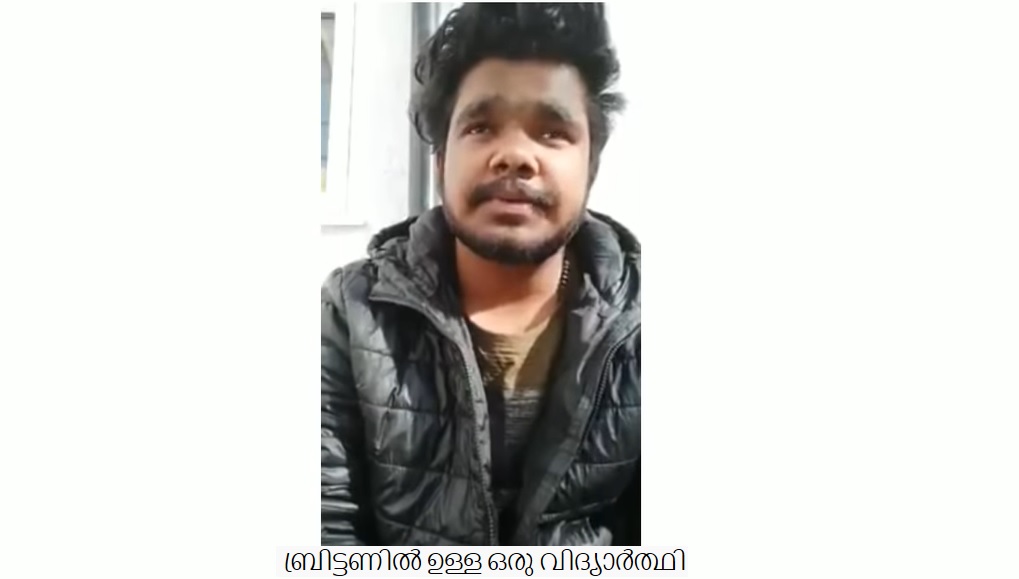 LONDON April 28: In testing times the Malayalee diaspora in the UK are working very closely irrespective of any divides. There may be different priorities for groups, organisations and parties those who believe in various faiths, beliefs and ideologies.

But here is a story of how differing parties worked together to get help to some students who have been running out of food.

Three Malayalee students from the University of West London were stuck at their home due to the lockdown and were running short of food and were surviving on just one meals a day. It is then they decide to call for help.

They rang Kerala Chief Minister Pinarayi Vijayan’s office. Within a few hours help arrived in the form of a whole load of food and grocery which would last for a month got delivered to them at their home.

On speaking to government authorities in Kerala it was revealed that the distress call from the three students was received by the Chief Minister’s Office which was immediately relayed to T Haridas, NORKA representative in the UK.

Haridas immediately sought the help of KK Mohandass, convenor of OICC UK, who with help from KMCC leader Shafeer secured food and groceries which would last the students for a month.

T Haridas, Norka representative in the UK, was also heavily involved with the background parleys in relation to the repatriation of Malayalee Prasad Das from Nottingham, continues to play an important role in assisting those Malayalees in distress in the UK.

The news about the students stranded without food was published by Malayalam news media in Kerala.

However, some didnt take the news seriously and were poking fun at the Malayalee students in the UK who came out with the below video. 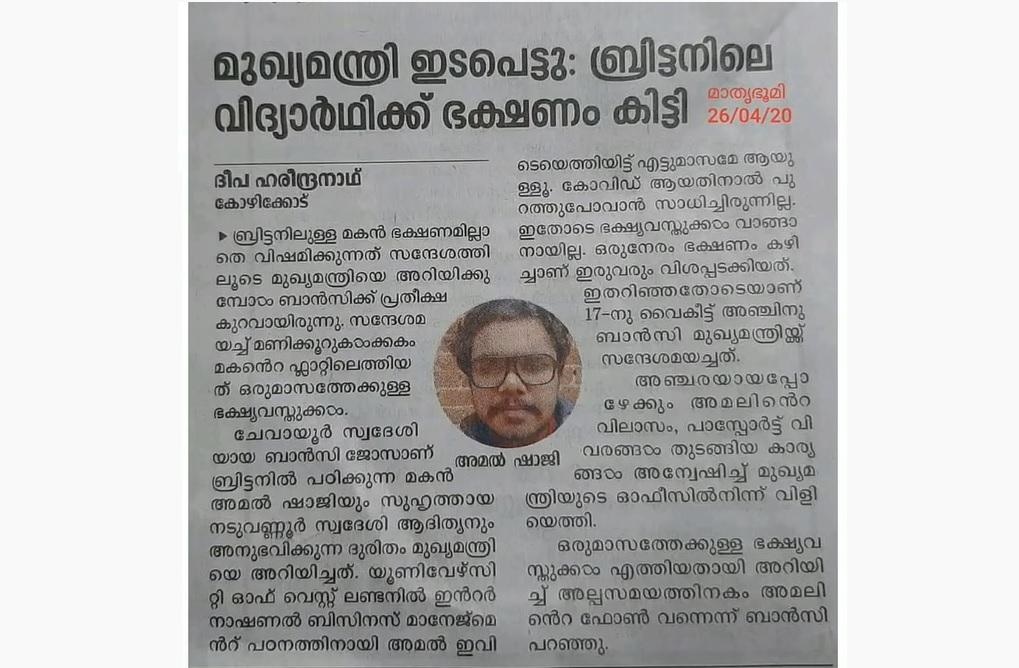