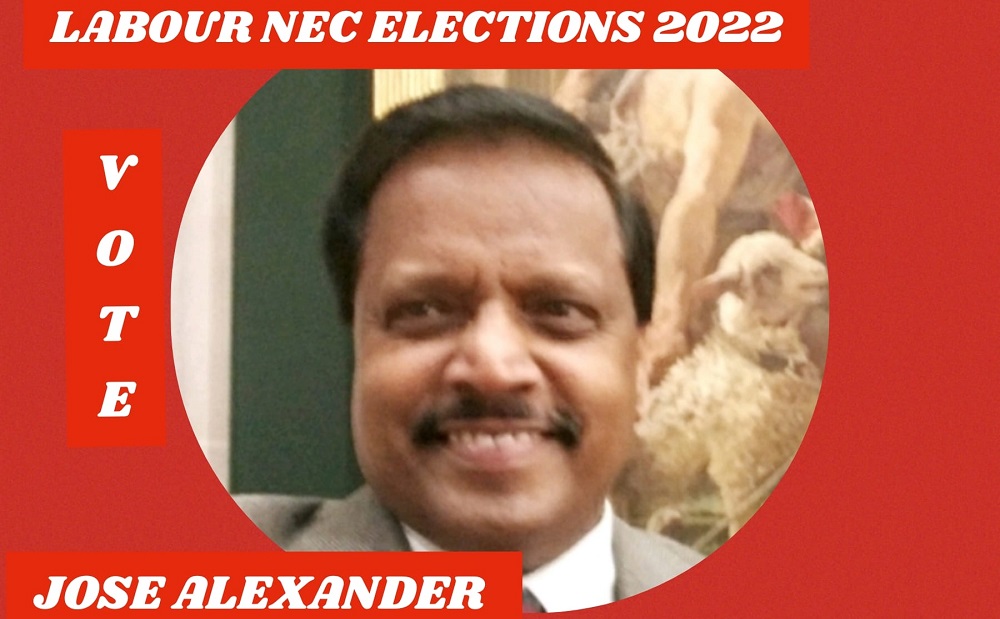 LONDON Aug 6: Jose Alexander, who served as councillor for Newham Council between May 2010 to April 2018, is now contesting as Labour NEC candidate at the National Executive Committee elections.

Jose Alexander, whose vision is to elect next Labour government on 2024, requests members to vote for him in the NEC elections.

According to Jose, the Labour NEC needs a new face to deal with problems including cost of living crisis in the country and make a difference to the crisis the country faces under the present government.

The closing date for the votes are on Friday 26th August 2022.