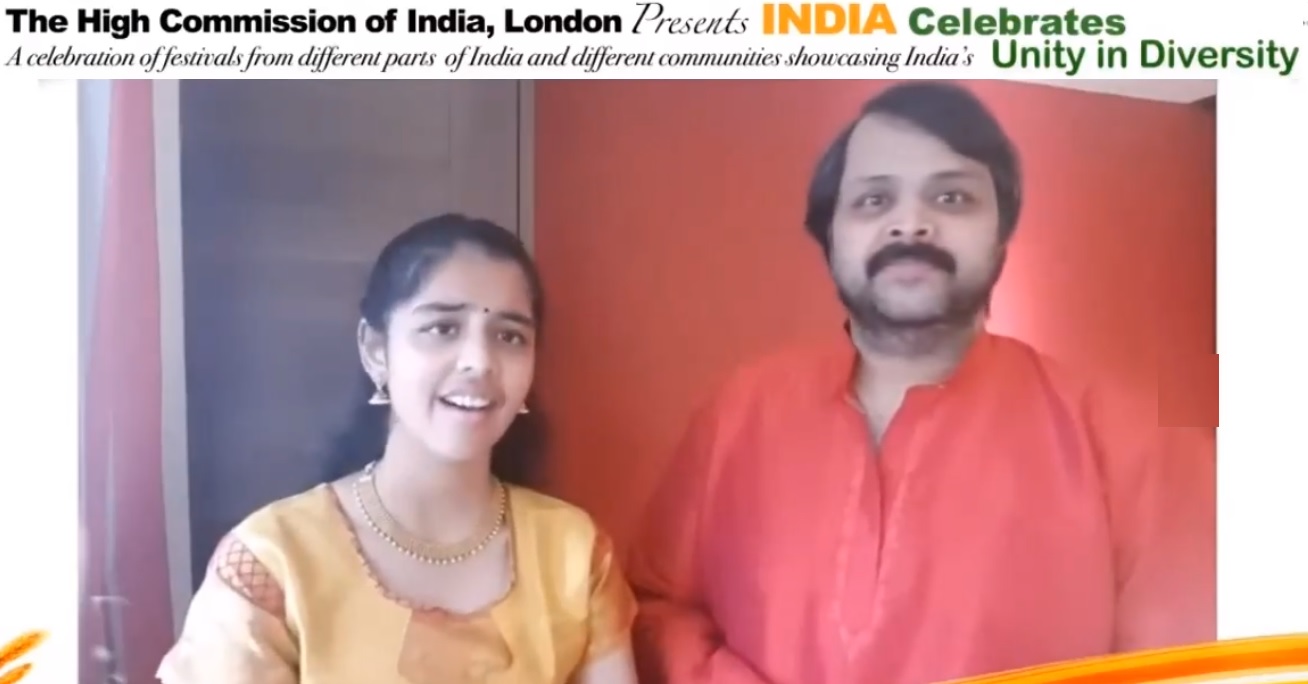 LONDON April 23: Unity in Diversity, a celebration of festivals from different parts of India and different communities showcasing India was held on Sunday 18 April 2021. The online event was hosted by the Indian High Commission in London.

The event titled ‘India Celebrates’, was a celebration of festivals from different parts of India. Kerala was musically represented by father and daughter duo Rajesh Raman and his daughter Lakshmi Rajesh. It was a great opportunity to add a Malayalam flavour to the bouquet of various art-forms presented from across India.

Lakshmi Rajesh is an upcoming singing talent based in East Croydon in south London.

Lakshmi started her singing under the tutelage of Sampath Kumar Acharya at the age of 5 and is currently pursuing her Carnatic training from Kalaimamani Binni Krishnakumar and Hindustani from Prachi Ranade. Lakshmi, aged 12, is a year 7 student at Wallington Grammar school for girls.

Lakshmi has been the title winner for many events & competitions and has received appreciation from eminent judges like Anuradha Sriram, P.Unnikrishnan, Usha Uthup, Ouseppachan.

Rajesh Raman is also an accomplished classical singer who has been performing in various stages around the UK. Being an IT professional in the UK he juggles his time between work and pursuing his passions in singing. He has won several awards and recognitions including best singer award at Asianet’s Europe Talent hunt.

Rajesh has been UK resident for 14 years and lives in East Croydon (south London) with wife Soumya and daughter Lakshmi.