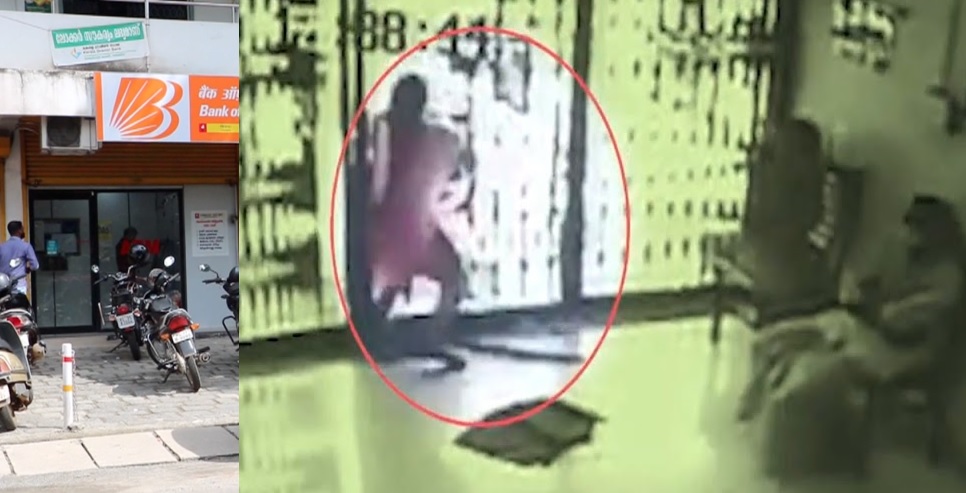 KOCHI June 17: A woman died in Kochi on Monday after she accidentally ran into the glass door of a bank, not realising that the door was closed, the police said. Disturbing visuals of the accident were captured on CCTV footage, newspapers reported.

Beena Paul, a woman in her 40s, had gone to the Perumbavoor branch Bank of Baroda. While inside the bank, she tried to step out in a hurry to take an item from her car, said C Jayakumar, a police officer in Perumbavoor told NDTV.

CCTV visuals show Ms Paul trying to rush out of the bank but she accidentally walks right into the glass door.

The glass door broke into pieces after her head banged against the door, Mr Jayakumar said. She had not realised that the door was closed, he said.
In the visuals, the woman appears to lose balance and sits on the floor.

She managed to get up, holding her stomach in pain. A glass piece allegedly pierced into her abdomen, causing severe injuries, including internal injuries, Mr Jayakumar said.

Blood could be seen on the floor from the injury she had sustained.
People inside bank were seen rushing to the woman, helping her sit on a chair and holding her.

A few minutes later, a group of people were seen carrying the woman out after covering her with a piece of cloth.

The police said there were three women bank employees at the bank when the incident took place. And that they initially did not realise what had happened.

Once they did, they rushed Ms Paul to the nearest government hospital, the police said. The woman, however, could not be saved.

The woman and her husband run an electrical shop nearby. The police will investigate whether the glass used to make the door was the specified one and to ascertain that, it will be sent for scientific examination.

The couple have three children.