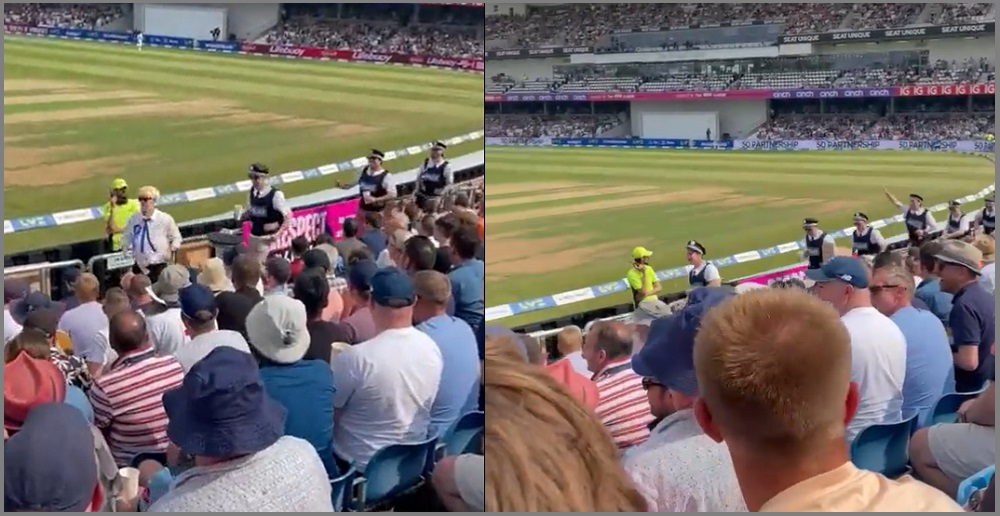 HEADINGLEY June 27: A man dressed as Prime Minister Boris Johnson entertained cricket fans on day two of the third and final Test between England and New Zealand by running through the stands while being chased by men dressed as police officers.

A viral video taken in the stands shows one cricket lover dressed as Boris Johnson, with a blonde wig, a blue tie and a white shirt with “Please vote Boris 4 No. 10” written on the back.

The short clip shows the man being chased by the rest of his friends, who were all dressed up in police uniforms.

It was a clear reference to the recent Partygate scandal, which saw Boris become the first sitting prime minister to be found to have broken the law. The Metropolitan Police investigated 12 different law-breaking parties held in Downing Street and Whitehall during the height of the pandemic.

Meanwhile, two of his friends dressed up in police uniforms and chased him through the stands, with several other fans laughing at their antics.