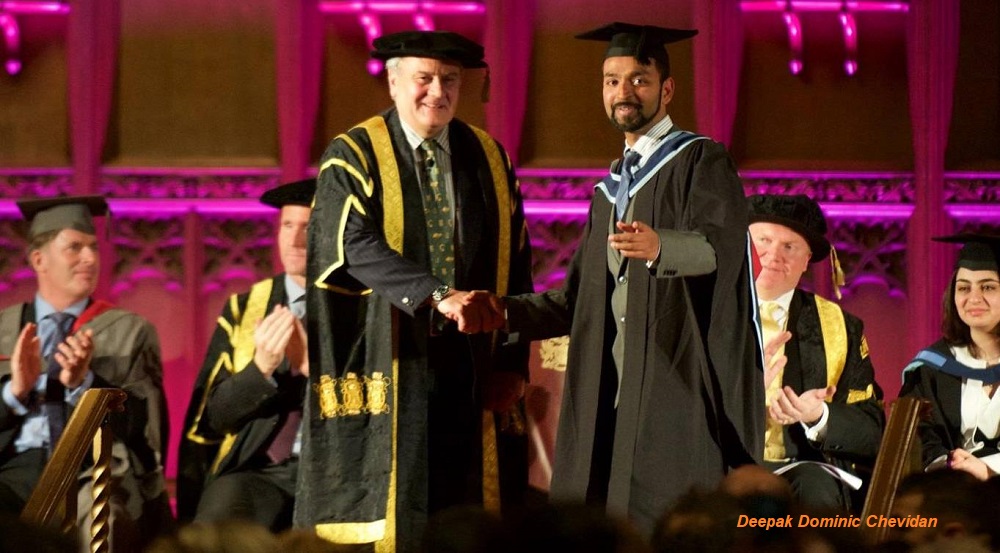 LONDON March 4: A new post-study work visa that offers international students from countries like India the opportunity to stay on for work experience after completing their course in the UK will formally open for applications from July 1, the UK Home Office said on Thursday.

The Graduate route visa, announced last year by UK Home Secretary Priti Patel as part of her new post-Brexit points-based immigration regime and confirmed within the Immigration Rules tabled in Parliament this week, is applicable from the 2020-2021 academic cohort of international students.

“As we rebuild from the global pandemic we want the world’s brightest talent, who aspire to a career at the highest levels of business, science, the arts and technology to see our United Kingdom as the natural place to fulfil their aspirations,” said Kevin Foster, Minister for Future Borders and Immigration.

“The changes announced today will ensure once they have received a gold standard qualification from one of our world leading education institutions, they can easily secure the status they need to continue living, working and fulfilling their dreams in the UK,” he said.

The grace period for students hit by the coronavirus travel restrictions and forced into remote learning last year now have until June 21 to be physically present in the UK to be eligible for the new route, extended further from the April 6 deadline.

Students who began their studies in January or February 2021 will need to be in the UK by September 27.

“The UK is committed to supporting thousands of Indian students in their dreams to pursue a world class UK education and post study employment opportunities. Given the pandemic travel restrictions, these new timelines to reach the UK will help ensure international students are able to benefit from the Graduate Route and gain coveted international work experience,” said Barbara Wickham, Director India, British Council.

“Indian students are encouraged to reach out to their universities and seek regular guidance on blended learning, recommended time to travel to the UK, and on any other support required on campus,” she said.

To apply under the new Graduate route, international students must have completed an eligible course at a recognised UK higher education provider at undergraduate or higher level.

Students on the route will be able to work or look for work after their studies for a maximum period of two years, or three years for Doctoral PhD students.

The Graduate route is unsponsored, meaning applicants will not need a job offer to apply for the route. There will be no minimum salary requirements or caps on numbers, which the Home Office says would allow graduates on the route to work flexibly, switch jobs and develop their career as required.??

“We campaigned for this in the UK for more than six years and this was a commitment we made to our Indian student community, which we are overjoyed to have been able to deliver,” said Sanam Arora, Chair of the National Indian Students and Alumni Union UK (NISAU-UK), a representative group for Indian students in the UK.

“The flow of students between India and the UK makes the human connection between our countries – the ‘living bridge” – ever stronger. I”m delighted that increasing numbers of talented Indian students are choosing the UK to study, and even more so that the Graduate route will allow them to work in the UK after their studies. Their presence is the heart of the new partnership between India and the UK,” said Alex Ellis, British High Commissioner to India.

The new route is part of the UK government”s International Education Strategy, aimed at increasing the number of international students in higher education in the UK to 600,000 by 2030.

The Graduate route comes as UK Chancellor Rishi Sunak unveiled plans to launch another new immigration route to help start-ups and fast-growing firms recruit the talent they need to innovate and grow in his Budget speech to the House of Commons on Wednesday.

As part of the new route, highly skilled migrants with a job offer from a recognised high-growth firm will qualify for a visa without the need for sponsorship or third-party endorsement. – PTI