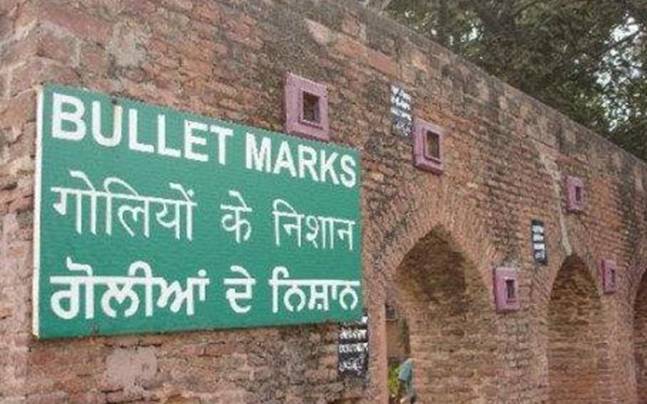 LONDON April 10: The British government is under renewed pressure to apologise for its role in the Jallianwala Bagh massacre of 1919, ITV news reported.

The House of Commons discussed the incident, also known as the Amritsar massacre, on Tuesday after the issue was raised by Bob Blackman MP. During the hearing, MPs discussed the tragic event where at least 379 Indians were gunned down by British troops.

The massacre took place on April 13, 1919 when troops of the British Indian Army fired their rifles into a crowd of Indians gathered in Jallianwala Bagh. Under the instruction of Colonel Reginald Dyer, the British army were convinced a major insurrection was mounting, and meetings were banned on that day.

The death toll figure is highly disputed, with estimates between 379 to 1,600. At least 1,000 others were injured.

A debate, initiated by Conservative MP Bob Blackman, discussed the Jallianwala Bagh massacre, just days before its 100th year anniversary. Mr Blackman called on the government to formally apologise ahead of the centenary this Saturday, adding that the “time was right”.

Mark Field, a Minister of State at the Foreign Office, hinted to MPs that he would formally recommend to Prime Minister Theresa May and Foreign Secretary Jeremy Hunt to issue an apology for Britain’s role in the tragedy.

However, while reiterating the UK government’s “deepest regret” over the massacre in Amritsar on April 13, 1919, Field stressed that the issue of appropriately marking the sombre 100th anniversary remains a “work in progress” and an active debate was taking place amongst ministers and senior officials.