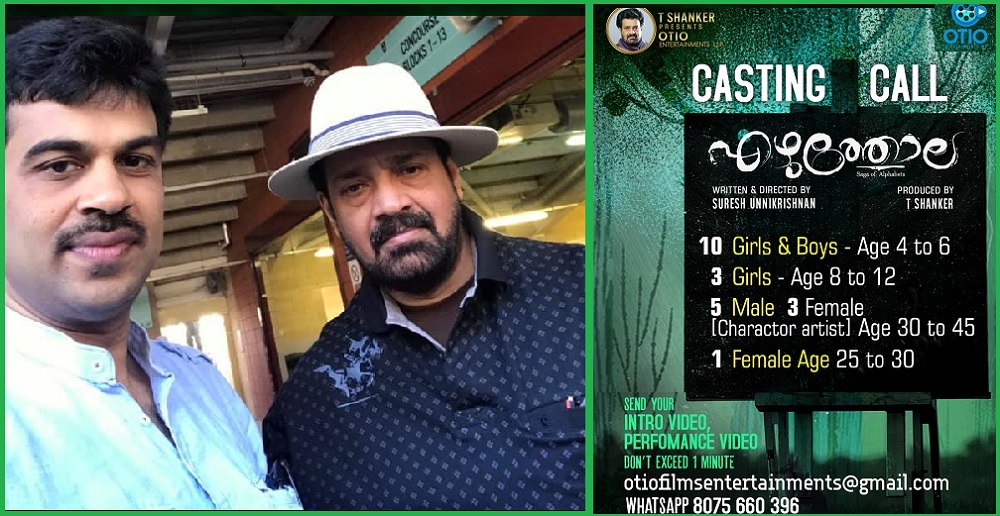 LONDON March 11: Ezhuthola is a forthcoming Malayalam language film that will dwelve in exploring the Kerala educational system.

Ezhuthola is to be directed by Suresh Unnikrishnan, a Keralite solicitor based in the UK.

Suresh Unnikrishnan, the writer and director of the film, is a solicitor based in London. He is from Chalakudy in Kerala.

The film is produced by noted Malayalam yesteryear hero T Shanker under the banner of OTIO Entertainments.

Malayalee serial and film artiste Nisha Sarang will be in the main lead.

Noted actor and producer of this film, Shanker will also be doing a character role in the film.

Ezhuthola is scheduled to start shoot in May 2022 in Chalakkudy in Kerala.

OTIO Entertainments has now come out with casting call asking girls, boys, adults of the below age to apply.

Ten girls between the age of 4 and 6; three girls aged between 8 and 12; five male and female character artistes aged between 30 and 45; one female aged between 25 and 30 are required.

Those interested are requested to send an intro video and a performance video which shouldn’t exceed one minute to otiofilmsentertainments@gmail.com through Whatsapp 8075660396.

Do not send Tiktok videos