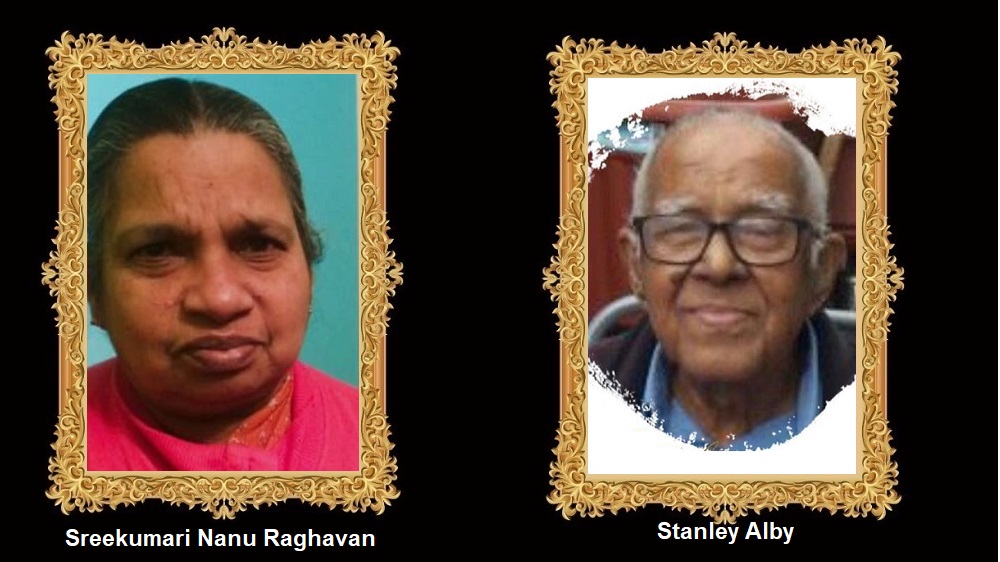 Stanley Alby of Southall’s West End Road passed away on 7th April and Sreekumari Nanu Raghavan of Hartington Road in Southall passed away on April 14, 2022.

Stanley Alby, who was born in Puthenthope, Thiruvananthapuram, is the first in a long series of Keralites who worked in Malaysia and Singapore before moving to the United Kingdom.

He and his wife, Stella Stanley Alby, lived on West End Road, Southall since their arrival to the UK.

As an experienced community advisor for new arrivals and asylum seekers, he has maintained constant contact with the community.

Stanley Alby will be sorely missed by the Malayalee Community.

His funeral will take place on Monday April 25, 2022 at St Anselm’s Catholic Church in Southall, UB2 4BE.

Sreekumari has been residing with her elder daughter Bindhu.

She has two daughters, one of whom lives in Kerala and the other in the United Kingdom.

The funeral arrangements will be announced as soon as possible.

This website offers its sincere condolences to the bereaving families.