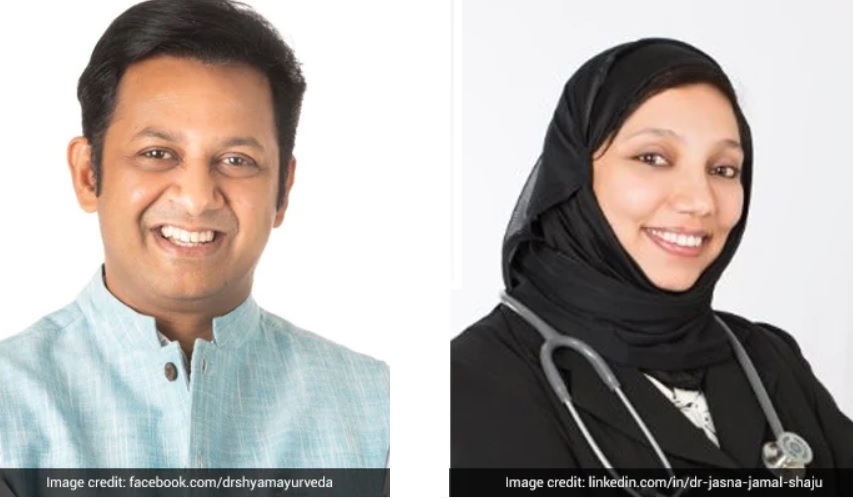 Dubai June 27: Two Indian Ayurvedic doctors have received the UAE’S coveted Golden Visa, according to a media report on Saturday. The Golden Visa enables foreigners to live, work and study in the UAE without the need of a national sponsor and with 100 per cent ownership of their business on the UAE’s mainland. These visas will be issued for 5 or 10 years and will be renewed automatically.

Dr Pillai, CEO of Vaidyashala at the Burjeel Day Surgery Centre in Abu Dhabi, was granted the Golden Visa under the medical professionals and doctors category on June 17.

“My sincere gratitude to the rulers and policymakers of UAE for the kind support to Ayurveda and Ayurveda practitioners,” Dr Pillai said.

“I truly appreciate their vision in integrating the Ayurveda for the wellbeing of UAE residents and at the same time keeping in place strong measures to ensure the quality delivery of Ayurveda practice,” he added.

Dr Pillai, who belongs to Kollam in Kerala, came to Dubai in 2001.

“After I completed my MD in Ayurveda, I received a platform in Kempinski Hotels, in 2001, to integrate Ayurveda therapies in their wellness and spas. However, I later realised that Ayurveda was not a recognised system of medicine in the UAE, though there was a great demand for it.

“Ayurveda got recognised as an (alternative) medicine treatment in UAE in 2002, under the department of Traditional Complementary and Alternative Medicine of the Ministry of Health,” said Pillai.

A resident of Al Mamzar in Dubai, Dr Jasna Jamal was given the Golden Visa on June 24.

“By the Grace of God, I have been honoured with Golden Visa. It is a great pleasure…I sincerely thank the UAE leaders for this wonderful opportunity,” she said.

Dr Jasna is from Thrissur in Kerala. She moved to the UAE 12 years ago soon after getting married to an architect in Dubai. She is thankful to the authorities for giving importance to the Ayurvedic practices. – PTI