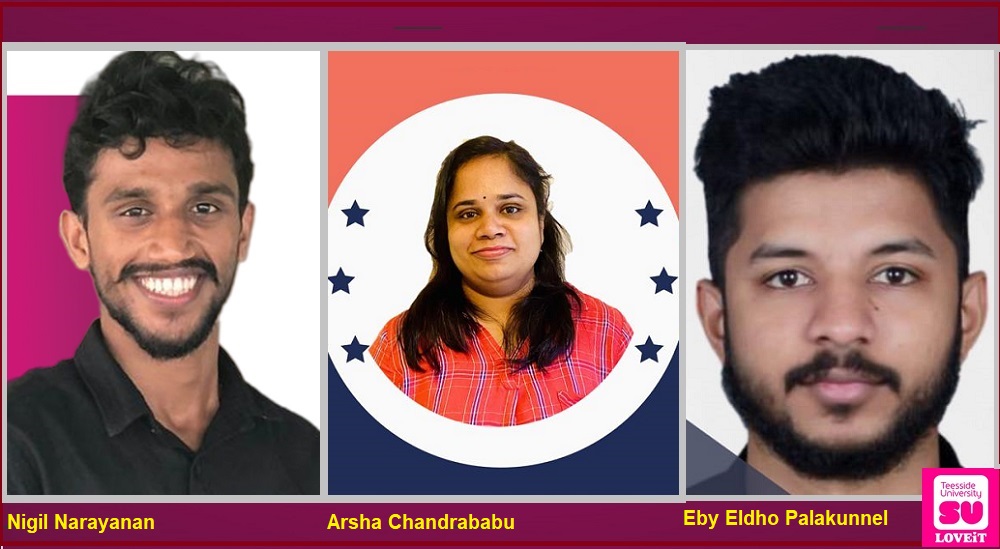 Middlesbrough March 6: Teesside University is a public university with its main campus in Middlesbrough, North Yorkshire in North East England.

The Teesside University Students’ Union (TUSU) at the university runs its elections offering candidates the chance to make a real difference to student lives.

TUSU has a very close relationship with the University but operates independently. It is completely student led with three Student Officers elected each year to oversee how it’s run and represents students to the University and external bodies.

The voting for this year’s elections start on Monday 7th March. There are three candidates from the Keralite community contesting in the elections.

It is a heart-warming news to see recently arrived Keralite students getting actively involved in taking up responsibilities and becoming role models.

He is contesting for the position of President Activities in the Teesside University Students Union Election.

His aim is not to lead a crowd but to bring the different crowds under one umbrella with the aim of unity in diversity.

He has been active in student politics back in India during his college days.

Nigil is from Kasaragod in Kerala.

Eby is contesting for the position of President (Education).

Eby is pursuing Master of Business administration (Applied ) at the University.

He is a Former Business Development Associate at BYJU’S. He is from Thrissur back in Kerala.

Arsha Chandrababu is contesting for the position of President Welfare. Arsha is doing Masters in Data Science.

Her policies are to improve access to the Student Union Members, host campaigns focusing mental health and physical health etc.

This website wishes all the candidates al success in the elections to be held this week.