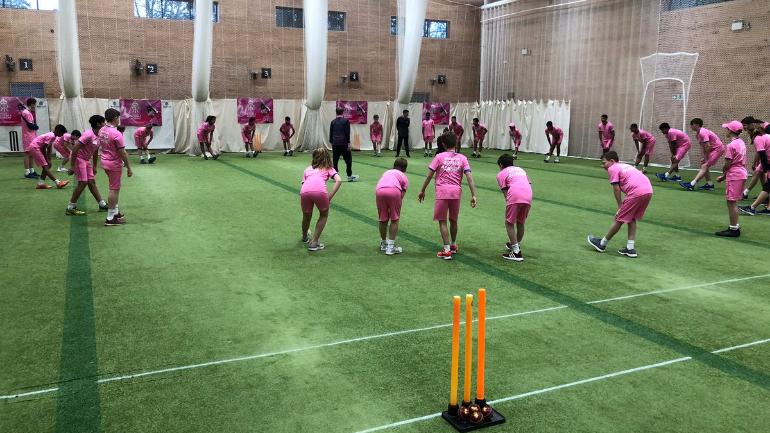 The Star Cricket Academy based at Reed’s School in Surrey joined hands with Rajasthan Royals to relaunch the facility as the ‘Rajasthan Royals Academy’, according to a statement.

It has a state-of-the-art cricket center named the Jarrett Centre with an indoor cricket training facility run by former professional batsman Siddharth Lahiri, along with his team of elite coaches including former England international and mentor to the academy, Keith Medlycott.

The Royals, who have always been known for scouting and unearthing talent had launched their grassroots program in India, in October 2018 called the Royals Colts for boys and Royal Sparks for girls.

Going one step further, the Royals who have a strong base in the UK owing to its association with two stars of English cricket, Jos Buttler and Ben Stokes, and also the base for the team’s lead owner Manoj Badale, took a conscious decision to develop cricketing talent globally.

Speaking ahead of the launch of the academy, Manoj Badale, Lead owner Rajasthan Royals said: “Education and sports go hand in hand, which helps in building strong characters and leaders. Rajasthan Royals Academy is a great way to engage the youth, develop talent, and potentially find the stars of the future.”

Zubin Bharucha, Head of Cricket, Rajasthan Royals, said: “We have entered into this partnership to engage with the growing cricketing talent in the UK with learnings from the most innovative T20 league in the world.

I am very thankful to Sid who shares the same vision as the Royals and agreed to join hands and provide training of the highest quality to budding cricket enthusiasts in the UK.”

The state of the art facility at Reeds has an exclusively built cricket centre called the Jarrett Centre. It is an indoor cricket training center run by Sid Lahiri along with his team of international coaches that include Ollie Pope (England and Surrey), Ryan Patel (Under 19 England and Surrey pro), Amar Virdi (Surrey) and Alex Milton (Worcestershire).

“It feels great to be laying the foundations for the future careers of so many cricketers. I am honored to have Rajasthan Royals on board who have always been keen on providing opportunities to young talent.