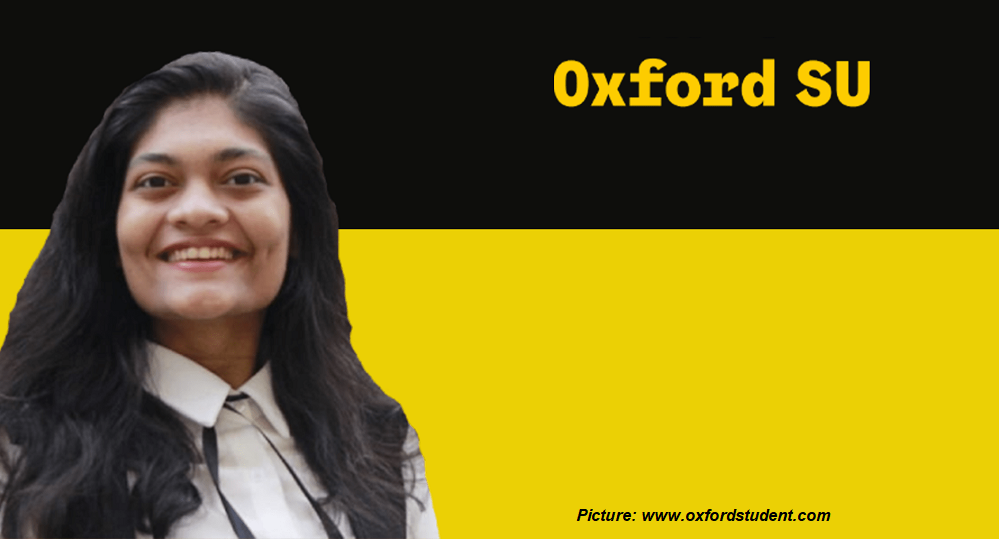 LONDON March 23: The University of Oxford on Tuesday said a probe is underway and that it “investigates thoroughly” every complaint related to harassment or equality, following allegations of cyber bullying surrounding Rashmi Samant, the first Indian woman to be elected President of the Oxford Student Union (SU) who was forced to resign amidst controversy over some of her past social media posts.

Some British Hindu groups have also raised concerns around comments made online by a university staffer from the history faculty with the local Thames Valley Police, urging an investigation into a possible hate crime.

The police force confirmed that it has “received a report of an alleged hate incident”.

The comments under scrutiny, posted with an image of Ms Samant’s family on Instagram by Dr Abhijit Sarkar, made references to their Hindu faith and also categorised their home state of Karnataka as a “bastion of Islamophobic forces”.

“An investigation into these online comments is ongoing and we must allow time for this formal process to be followed. In cases such as these, student support is provided through their college and department,” an Oxford University spokesperson said.

“The university is fully committed to creating an environment where people of all backgrounds, including our Hindu students and staff, can feel welcome, valued and respected,” the university said, adding that it has strong policies in place to protect staff and students against “all forms of harassment, including online harassment”.

Ms Samant has been working on completing her MSc course in Energy Systems at the university remotely from her hometown in Udupi, after she flew back to India in the wake of her resignation.

She said the continued “cyber bullying” makes it difficult for her to consider returning to the university at this stage.

“I’m just very glad that the university and the police have launched an investigation into my complaint, and I look forward to resolving it in the best manner possible,” said Ms Samant, in a statement from India.

“I think it’s a long road for me to feel safe about the prospect of coming back and getting respite from the cyber bullying,” she said, adding that the Indian community in the UK had been “super supportive” through the course of the incident since last month.

The issue even found its way to the Indian Parliament last week, when BJP MP Ashwini Vaishnav raised it as a question of “racial discrimination” in the Rajya Sabha.

External Affairs Minister S Jaishankar had responded to say that India would “never ever turn our eyes away from racism wherever it is” and that these developments will be monitored “very, very closely”.

This resulted in a joint statement from the Oxford India Society, Oxford University Hindu Society and Oxford South Asian Society against what they branded a “misleading narrative” being played out in India.

“We reiterate that these calls [Samant’s resignation] did not have anything to do with the fact that she is Indian or Hindu or a woman,” the statement reads.

However, the groups agreed that the faculty member at the centre of the controversial online comments must apologise for his social media posts.

“We further strongly disapprove of the actions of Dr Abhijit Sarkar, Postdoctoral History Researcher at New College. Dr Sarkar’s social media posts about Ms Samant’s parents and their religious beliefs had no place in a conversation about Ms Samant’s reprehensible actions… It is imperative that Dr Sarkar take responsibility for his words and apologise to Ms Samant,” the statement adds.

Earlier this month, the online remarks of the staffer were raised by a former Oxford University alumnus and British Indian entrepreneur Alpesh Patel, who had issued a formal complaint to the Vice-Chancellor’s office.

“This matter deserves a police investigation into the bullies on incitement to racial hatred,” said Alpesh Patel, Chair of the City Hindus Network (CHN).

Satish K Sharma, Senior Managing Director of the Global Hindu Federation, has taken up the matter of following up on the police complaint and accused the faculty member of “unlawful conduct and inexcusable bigotry”.

“Rest assured that the British Hindu community will persist until a just conclusion has been reached,” he said. – PTI