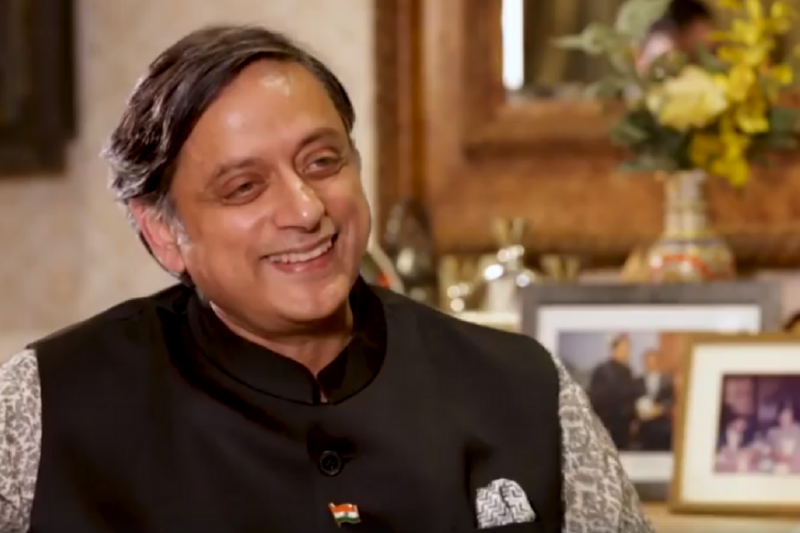 THIRUVANANTHAPURAM June 3: Congress leader and former Union Minister Shashi Tharoor today said the solution to the three-language formula is not by abandoning the idea but ensure its better implementation.

Mr Tharoor said that the three-language formula goes back to mid-1960s but it was never properly implemented.

“Most of us in the South learn Hindi as a second language but nobody in the North is learning Malayalam or Tamil,” he said.

When asked about the guests who were aggressively turned away by Pakistani security officials from an ”Iftar” party hosted by the Indian High Commission in Islamabad, Mr Tharoor said, “I am sorry. I was not aware of that incident. Unfortunately, the relationship between India and Pakistan is really in a bad shape. It’s in a trough.”

“The new government really needs to do a thorough review of our Pakistan policy and decide in what ways and how they will pursue the matter.

As you know the Pakistani government was not among the one invited for the Prime Minister’s swearing-in unlike 2014, so the question that comes up is whether we are going to allow a negative feeling on both sides or whether some serious efforts have to be made to change this relationship,” he said.

On being asked about the US withdrawing preferential trade agreement with India, Mr Tharoor said: “The US policy on trade has become much tougher or shall we see less generous than it used to be. Not only India, even with China the US is at a trade war at the moment and other countries are facing the brunt as well.”

“I leave to our competent negotiators to figure out what kind of solution is possible. I am told that there are about 11,000 goods we sell to the US and more than 5,000 will be affected by the new tariffs that will hurt our economy, our exporters and businesses. It is in our interest to find some sort of compromising formula at least for the majority of these items,” he added.

Replying about his visit to his constituency after the Lok Sabha poll victory, Mr Tharoor said, “It is a lovely Kerala tradition where we do ”thank you” parade and tour the constituency. I will be spending one day in every assembly constituency meeting the people and thanking them for their support.”