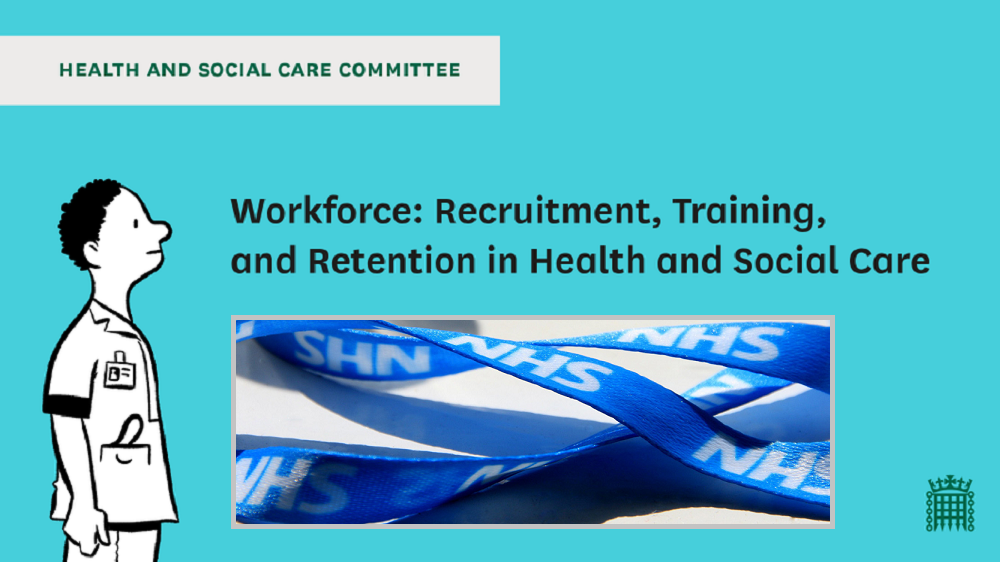 LONDON July 25: The National Health Service (NHS) and social care face the greatest workforce crisis in their history, compounded by the absence of a credible government strategy to tackle the situation, say MPs. In the NHS, persistent understaffing poses a serious risk to staff and patient safety in routine and emergency care.

The Workforce: recruitment, training and retention report outlines the scale of the workforce crisis: new research suggests the NHS in England is short of 12,000 hospital doctors and more than 50,000 nurses and midwives; evidence on workforce projections say an extra 475,000 jobs will be needed in health and an extra 490,000 jobs in social care by the early part of the next decade; hospital waiting lists reached a record high of nearly 6.5 million in April.

The report finds the Government to have shown a marked reluctance to act decisively. The refusal to do proper workforce planning risked plans to tackle the Covid backlog – a key target for the NHS.

The number of full-time equivalent GPs fell by more than 700 over three years to March 2022, despite a pledge to deliver 6,000 more. Appearing before the inquiry, the then Secretary of State Sajid Javid admitted he was not on track to deliver them.

The report describes a situation where NHS pension arrangements force senior doctors to reduce working hours as a “national scandal” and calls for swift action to remedy.

Maternity services are flagged as being under serious pressure with more than 500 midwives leaving in a single year. A year ago the Committee’s maternity safety inquiry concluded almost 2,000 more midwives were needed and almost 500 more obstetricians.

The Secretary of State failed to give a deadline by when a shortfall in midwife numbers would be addressed.

Pay is a crucial factor in recruitment and retention in social care. Government analysis estimated more than 17,000 jobs in care paid below the minimum wage.

A separate report by the Committee’s panel of independent experts (Expert Panel) published today rates the government’s progress overall to meet key commitments it has made on workforce as “inadequate”.