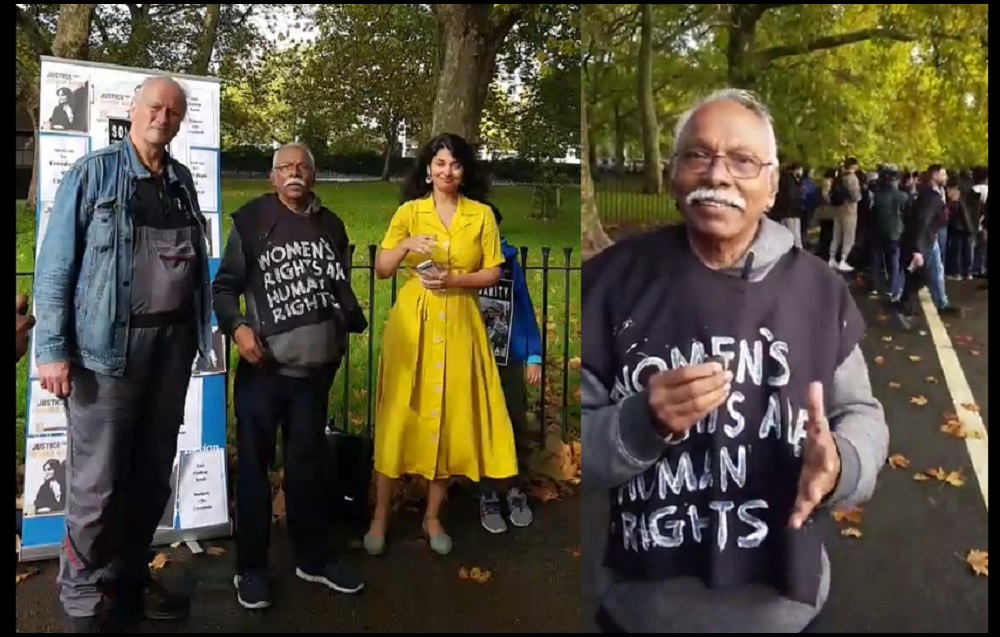 LONDON Oct 24: A group of Keralites, under the leadership of noted writer and lecturer M. N. Karassery, who is on a visit to the UK, gathered in London’s Hyde Park on Sunday afternoon to pledge solidarity with the women’s rights protests ongoing in Iran.

On September 16, Mahsa Amini died after being detained by so-called ‘morality police’ for allegedly not following the country’s dress code while visiting the capital city Tehran. Since then thousands of angry women and girls have taken to the streets of Iran shouting chanting Zan, Zindegi, Azadi (Woman, Life, Freedom) against the mandatory hijab laws imposed by the government. The protests have spread worldwide in support of women’s rights in general.

MN Karassery published a video explaining for the reasons for the protest being withdrawn. Speaking through his social media handle he said: “We were supposed to be having our event from 2pm to 5pm. However, we have to stop this at 3.15 due to issues caused by those against our protests.

Earlier, the program started with Rajesh Raman singing Sugathakumari’s poem ‘Rathri Mazha’ (Night Rain). The poem articulates the solitary musings of a distraught heart with a haunting sense of feminist concern underlying it.