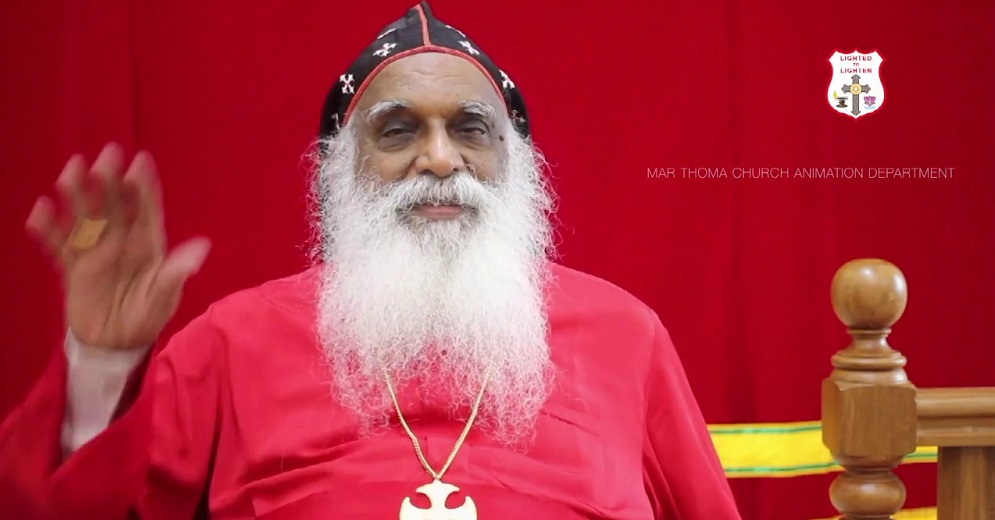 PATHANAMTHITTA Oct 18: Joseph Mar Thoma, the spiritual head of the Marthoma Christian community, died in Thiruvalla (Pathanamthitta) district in Kerala in the early hours of Sunday. Joseph Mar Thoma was 90 at the time of his passing.

The Marthoma Syrian church is a reformed oriental Syrian church based in Kerala. The Marthoma Christian community community members believe they are the descendants of St. Thomas, one of Jesus Christ’s 12 apostles. The indigenised church also runs many educational and health institutions in the country.

After his education at Maramon and Kozhencherry, he joined Union Christian College Aluva where he also played for the college basketball team.

Joseph always wanted an academic career, but when he was called to take up theological studies he readily accepted it. So, in 1954, he joined the United Theological College, Bangalore, Karnataka, India and obtained a Bachelor of Divinity degree.

He was ordained as deacon of the Mar Thoma Church on 29 June 1957, and kasseessa (priest) on 18 October 1957. He then continued his studies at the Protestant Episcopal Seminary in Virginia, United States. From there he went to Canterbury and Oxford in England and obtained Master of Divinity (MDiv) and Master of Sacred Theology (STM) degrees. He was later awarded an honorary Doctor of Divinity degree by the Virginia Seminary where he studied.

Joseph Mar Thoma advocates protecting the environment. He has warned that atrocities to nature are suicidal and have urged people to take remedial measures by adopting responsible green conservatism. He also personally campaigns for the protection of Pampa River on whose bed the famed Maramon Convention is hosted.