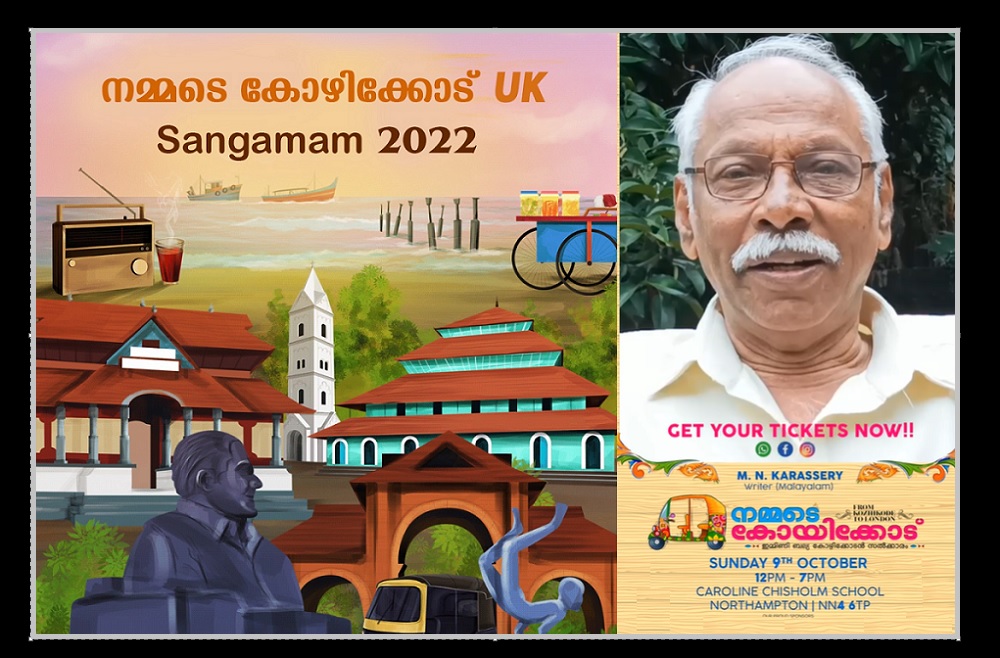 NORTHAMPTON Sept 23: Kozhikode natives living in the UK will host their first ever get together of their residents in the UK under the title “Nammade Kozhikode UK Sangamam” on Sunday 9th October 2022 from 11:30am to 6:30pm at Caroline Chisholm School Wooldale Centre for Learning, Wooldale Rd, Northampton NN4 6TP.

Kozhikode also known in English as Calicut, is a city along the Malabar Coast in the state of Kerala. It is the largest city in the region known as Malabar and was the capital of the British-era Malabar district. In medieval period, Kozhikode was dubbed the City of Spices for its role as the major trading point for Indian spices.

Noted writer and lecturer M. N. Karassery, a native of Kozhikode will be the chief guest during the occasion. Mohiyuddin Nadukkandiyil Karassery, commonly known as M. N. Karassery, is a writer and critic of Malayalam language. He is known for his writing and lectures on politics, literature, art and culture, and is a recipient of K.M. Seethi Sahib Memorial Human Fraternity Award and holds the distinguished chair in Malayalam studies at University of Calicut.

The Kozhikode natives in UK are looking to share their inherited rich cultural heritage of Kozhikode, the unity in diversity, the camaraderie, friendship and the pride in being a Kozhikodan from the UK, Muhammed Keloth, organiser of the event, told this website.

Please note: Tickets once purchased are not refundable.