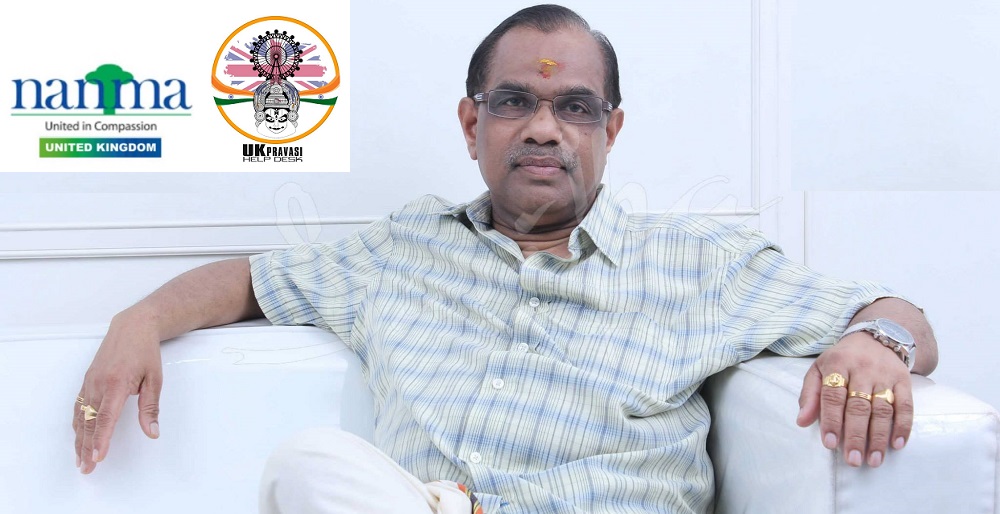 LONDON Nov 20: A group of Keralites in UK (UK Pravasi Helpdesk and Nanma UK), have made contacts with NORKA and the Indian Ministry of External Affairs asking them to reinstate T Haridas, a former employee who had retired from the Indian High Commission, on a voluntary role for him to provide continued services to the non resident Indian community in the UK.

T Haridas served within the Indian High Commission in London for nearly two decades where he was instrumental in helping out numerous community members who approached for assistance. He was also a go-to person at the High Commission as he became a link between the UK government functionaries and the India government rules pertaining to immigrants matters.

Communities still face several challenges when they have to run from pillar to post when an officer from the Indian High Commission would ask them to complete application forms, obtain certain documents from the local government agencies or other departments. In such scenarios Haridas, the former senior administrator within the Indian High Commission knew how to assist the community and bridge the gap between requirements by India government and for the community who are residents here.

Now, the UK Pravasi Helpdesk has written to the NORKA representatives and the India government and the latest information received says that the chief minister of Kerala has asked NORKA to look into the matter and raise it with the Indian Ministry of External Affairs. 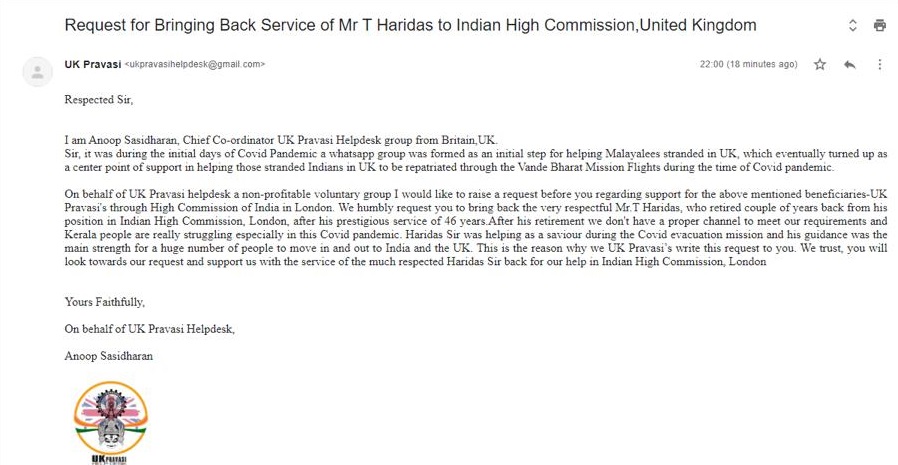 Rajeev Nair from Nanma UK (nodal officer) has directly spoken with V Muraleedharan MP and S Jaishankar, minister of external affairs in regards to having T Haridas back at the Indian High Commission.

The two groups also remind the authorities that there has been a precedence before when the Indian High commission in London had allowed a lady by the name Miss Travis who has been serving in the High Commission since 1947 and continued on voluntary basis until 1996 to provide with experienced customer services.

T Haridas, who has extensive and wide experience in the administrative functions, has out rightly agreed to work on a voluntary basis without any remuneration if it can be beneficial to non-resident Indians.

The two groups, UK Pravasi Helpdesk and Nanma UK, have initiated this to cater to the needs of the non resident Indians.

UK Pravasi Helpdesk is a Whatsapp group which was formed following the huge response received by the initial Malayalees Stranded in UK Whatsapp group which assisted hundreds of those stranded Indians in UK to be repatriated through the Vande Bharath Mission flights during the time of the Covid pandemic.

Follow the link below to join the UK Pravasi Helpdesk WhatsApp group: