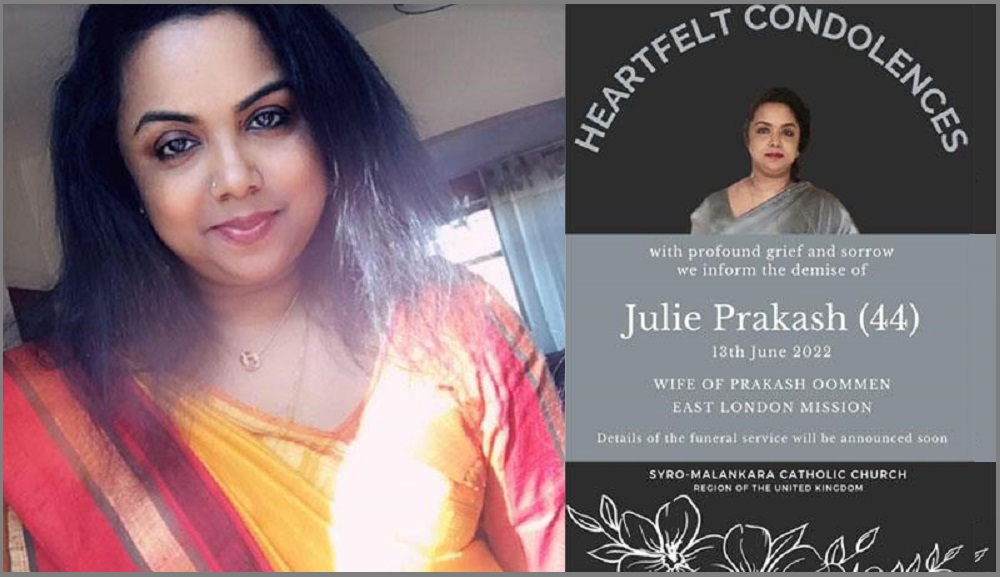 KARAVALOOR (Anchal) June 13: A Keralite nurse from the UK, who was in her hometown in Anchal in Kollam district of Kerala to attend the anniversary prayers for her brother passed away after suffering cardiac arrest.

Her brother had passed away last year and thus Julie travelled to Kerala to attend her brother’s death anniversary when she suffered chest pains during the prayer. She was immediately rushed to the hospital in Anchal but she passed away.

Julie leaves behind husband Prakash Oommen and children Angel Prakash and Leon Prakash. The family are from Dagenham in London