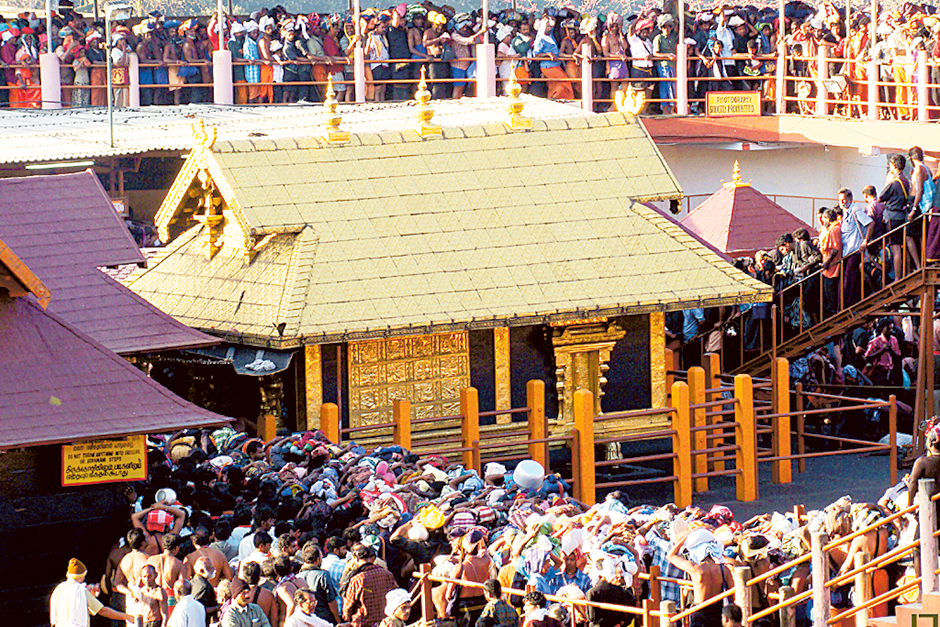 KOCHI Jan 19: The Kerala government claimed that 51 women between the ages of 10 and 50 have entered the Sabarimala temple since the Supreme Court’s September verdict allowing women of reproductive age into the shrine. A list of names along with their age and Aadhaar details was also submitted in the court.

But many of the women who featured on this list say the claim isn’t entirely correct. In fact, a 42-year-old woman mentioned in the list turned out to be a man from Tamil Nadu.

Kerala Minister Kadakampally Surendran had told reporters that over 7,500 women below 50 seeking darshan at Sabarimala had registered online. “We could confirm this through their Aadhaar details.

Among those, 51 have utilised this facility and gone to the temple. We don’t have any provision to verify their age except through their official documents,” said the Devaswom Minister.

But many who are part of the list claim that they are 50 or above. And others blame errors on their Aadhaar cards.

NDTV called up over 15 women from the list, most of them from Tamil Nadu and Andhra Pradesh, after their details were leaked soon after the hearing in the Supreme Court on Friday.

The court had refused to admit the document from the state lawyers saying they would only focus on the security of women who entered Sabarimala.

In another instance, a man from Tamil Nadu said that his mother went to Sabarimala, but her age on the Aadhar card is wrong. “I was born in 1984, then how can my mother be less than 50. But there is an error on her Aadhar card, and so the actual age of my mother is not shown.”

He also said that a group came to their home asking if a woman below 50 had entered Sabarimala. “We are worried for our safety,” he said.

Chandira from Tamil Nadu has been mentioned in the list as a 48-year-old. However, her relative showed us her voter ID card which shows that she was born in 1956 making her 63.

“The Aadhar card shows her birth year as 1970. But that is wrong”, the relative said, showing NDTV the Aadhar copy too

Padmavathy from Andhra Pradesh has been shown as 48 on the list, but when contacted, she said she was 55.

“The only way we can identify the age of people who registered online is through documents submitted to us. Since it’s confirmed they arrived, where else will they go except for Sannidhanam,” Mr Surendran told NDTV.

Rahul Eashwar, a member of the Sabarimala tantri family, said the manner in which the Kerala government has misled the top court is “outrageous”.

“I myself called up five such women. All of them said they are above 50 years of age,” said Mr Eashwar.

“I was surprised when one of the women said she never went to Sabarimala. It’s a very grave matter that the Kerala government has come out with such a list,” he said.

Narayana Varma, a member of the Pandalam royal family, also rejected the government claims. “Nothing of the sort happened. We will believe only in truth, and what has been said is not true,” said Mr Varma.